TVLine isn’t done celebrating Supernatural‘s tear-filled 300th episode. In our exclusive video from the installment’s official behind-the-scenes featurette, Jeffrey Dean Morgan admits that he’s recognized as a couple of famous characters. But for viewers of the long-running CW series, there’s only one that matters.

“I think I’ve done three roles in my life that I will forever be known as playing, and it’s Denny [from Grey’s Anatomy] and Negan [from The Walking Dead] and John Winchester [from Supernatural],” Morgan says. “And so John Winchester is part of my life almost on a daily basis with fans.”

Morgan’s long-awaited return as the deceased patriarch in last night’s milestone hour “was always something that was in the cards, but it was almost kind of like an ace in the hole,” star Jensen Ackles describes in the video, which also offers glimpses of Morgan’s on-set reunion with the crew and a candid moment with Ackles. 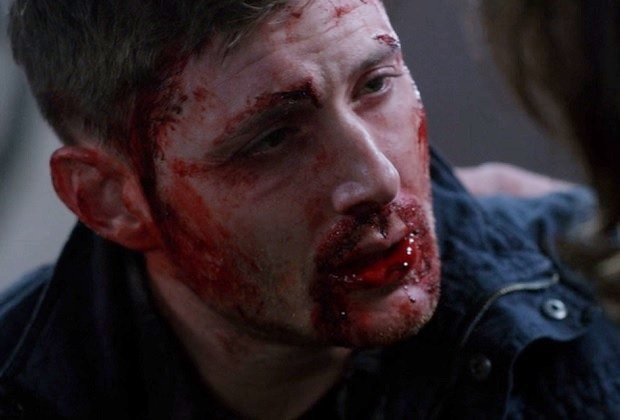 Adds Morgan: “I’m blessed to be in their lives and be able to come back 12 years later, and to step into the Winchester boots is pretty cool.”

The full featurette about the 300th episode will be available on digital platforms with the purchase of a Season Pass on Tuesday, Feb. 12.

Press PLAY above to watch the sneak peek, then hit the comments with your thoughts on the Winchester family reunion.