Thursday’s Legacies threw Lizzie Saltzman the ultimate homecoming, complete with a wish-granting genie, a Hope-less alternate reality, and more Vampire Diaries references than you could shake a Malivorian urn at. 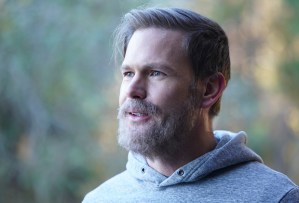 Lizzie’s first wish was that Hope never came to the Salvatore School, and while this new reality offered significantly more bonding time with her grey-bearded father, it also meant that the school never benefitted from Klaus’ sizable donations over the years. (Reference No. 1: “Damon Salvatore has been as generous as he can be, but he and Elena have kids of their own they have to take care of.”) And when Lizzie tried to raise money by tracking down a potential recruit, it led them straight to Hope, who apparently embraced her father’s darkness and has been painting New Orleans red ever since.

Ironically, rehabilitating this dark version of Hope only ate up more of Alaric’s time, making things even worse for Lizzie. To remedy this, her second wish was for a world where the Salvatore School never existed, but this also blew up in her face: Alaric became a functioning alcoholic, Josie became the most popular girl in school and Lizzie was cast aside as some kind of social pariah. (Reference No. 2: In this reality, Damon and Elena had a daughter named Stefanie! They named her after Stefan!) But the biggest change of all was the introduction of the Mikaelson School for young supernaturals, which was apparently so successful that Klaus (who was alive for some reason) went overseas to establish a European branch. 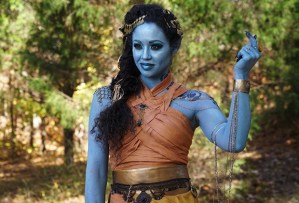 More furious at Hope than ever, Lizzie used her next wish to completely undo her birth, resulting in a dystopian reality where supernatural beings are hunted by the Triad (aka that shady organization housing Malivore). Without Hope to anchor him to his humanity, Klaus went mad and essentially triggered a war with the humans, resulting in countless deaths — including Josie’s.

It was in this grim reality that Lizzie finally learned the truth about the Gemini curse, that she and Josie will have to “merge” on their 22nd birthday, a ritual in which only the more powerful twin survives. (Reference No. 3: Did anyone else catch the name “Kai Parker” scribbled down in Alaric’s notes?) But even though Lizzie finally realized how selfish she’s been acting, and even though she successfully managed to wish everything back to the way it was, she was left with this chilling prophecy: “History will likely repeat itself, and you will kill Josie all over again.” (Too bad she won’t remember it!)

“The merge is a huge thing that the show is building towards,” Jenny Boyd tells TVLine, admitting that she felt a mix of “shock and apprehension” when she first read the genie’s words. “Over the seasons, it’s going to develop. This episode taught the audience about the merge in the first real, palpable way. Their dynamic is going change when they actually realize what the curse is and what needs to be done.”

Below, Boyd answers more of our burning questions from this mind-bending hour, including the potential for a true friendship between Lizzie and Hope:

TVLINE | Welcome back, first of all. The Saltzman twins were definitely missed.
[Laughs] Thank you. We’ve gotten a lot of that online. People are like, “Where have they been?” It’s definitely good to be back. … I shared a picture from Passport to Paris with the Olsen Twins on Twitter last week. It was just too perfect.

TVLINE | And what a way to come back. This was literally the Lizzie Saltzman show.
Yeah! This episode was one we sort of added in when we got the backorder. It was an amazing opportunity.

TVLINE | I know we have a lot to cover, but can I start by saying how much I love Lizzie’s interactions with Pedro?
Oh my goodness, he’s adorable. He takes everything so seriously, but he’s also so sweet and playful. It’s so wonderful having him around on set. The whole cast is always so excited when he’s in an episode. I love that Lizzie’s only real friend at the school is someone so young, and she feels OK talking to him about stuff for some reason. It shows such a different side of her character.

TVLINE | Midway through this episode, I thought Lizzie might be adding Hope to that small circle of friends… but no. Do you wish they’d get along, or do you prefer them at odds?
I like it both ways. I like the complexity of their relationship, and as the season goes on, they’ll reveal something that happened between them that will help the fans understand why Lizzie doesn’t get along with her. It’s interesting to play both sides of it. But the conflict is always fun — the bitchiness and the adversity of it all.

TVLINE | I do feel like Lizzie is misunderstood. This episode did a great job of getting that across.
Yeah, I think this episode really showed her vulnerability, which is where I come from when I play her. She’s trying to compensate so much, and that’s why she feels the need to isolate people the way she does. The journey she went on in this episode was wonderful, especially in that final sequence, and I feel like we really got to see her heart.

TVLINE | Slight shift in topics: Which Alaric did you prefer: the old one or the drunk one?
Oh, I loved both of them. I love that he had to wear the fake beard, then the beer belly. Filming the scene in the classroom when he was drunk was probably the most fun. I loved that whole world, with Josie as the sexy, bitchy mean girl at the high school who dresses like Ariana Grande. We laughed so much during all of those scenes.

TVLINE | This episode was also full of references. Which was your favorite?
Yes! Because we went to all these alternate universes, there were so many little nuggets and different things. I loved when Josie referenced “Stefanie Salvatore’s Dad,” which is obviously Damon and Elena’s daughter who they named after Stefan. We were like, “The fans are going to be so excited to hear all these little tidbits.”

Your thoughts on this week’s revealing hour? Which alternate reality was your favorite? (It was the one where Klaus was alive, wasn’t it?) Whatever’s on your mind, drop it in a comment below.