Fox is looking to put on a supernatural-tinged Talent show, with a gender-flipped, live-action adaptation of the graphic novel series of the same name.

The network announced on Wednesday at the Television Critics Association winter press tour that it has made a script commitment (with an eye on a straight-to-series order) to Talent, based on the Boom! Studios comic books written by Christopher Golden and Tom Sniegoski and drawn by Paul Azaceta. 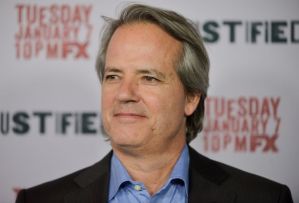 Justified creator Graham Yost will pen the pilot and serve as an executive producer.  The property was previously eyed for a big-screen adaptation c/o Fast & Furious‘ Neal Moritz, who is among the Fox project’s other EPs.

Talent follows Nicole Dane (who was a male Nicholas in the books), the sole survivor of a tragic accident that claimed the lives of 148 people. As rumors around her “miraculous” survival begin to swirl, Nicole discovers she has inherited the talents of those who perished. Armed with these new abilities, she must use her “second chance” to bring closure to her fellow passengers’ unfinished stories and solve the mystery of the accident, all while trying to escape a past that continues to haunt her.

“I am very excited to be adapting this wonderful graphic novel,” Yost said in a statement. “I think this could be a thrilling, emotional and, if I don’t blow it, thought-provoking show.”

Added Fox Broadcasting entertainment chief Michael Thorn, “When I first read Talent, I was immediately hooked, as it took me on an incredible journey I’ll never forget. This project accomplishes two professional goals of mine: work again with Graham Yost, one of the finest creators in the business; and transition Talent from feature development into the world to television.”