FX’s next TV project is brought to you by the letter “Y.”

The cable net has handed a series order to its long-gestating adaptation of Y: The Last Man, based on Brian K. Vaughan and Pia Guerra’s comic book series.

Initially ordered to pilot last April, the drama — simply titled Y — takes place in a post-apocalyptic world where a cataclysmic event has decimated every male except for one lone human, Yorick. In his travels, Yorick encounters a new world order of women who explore gender, race, class and survival.

“Y: The Last Man is a towering achievement among graphic novel storytelling and it’s been rewarding to work with this outstanding team,” said Nick Grad, FX’s co-president of original programming. “Michael Green and Aïda Mashaka Croal have partnered with Nina Jacobson and Brad Simpson to deliver a stunning new expression of this fascinating and timely story. Melina Matsoukas, who directed the pilot, did an incredible job bringing it to life with Diane Lane and this stellar cast.”

Added Green and Croal: “Brian and Pia’s exploration of a world without men is a favorite for its depth, its humor, its insights and its monkey. Adapted today it offers us a cracked mirror to look at our own very cracked world. We thank them for their trust, we thank FX for their support and we thank the casting gods for letting us work with this incredible group of actors.”

Y is slated for a 2020 premiere, though an exact episode count has yet to be announced.

Looking forward to FX’s take on Y? Scroll down to see the first photo from the series, then drop a comment with your thoughts! 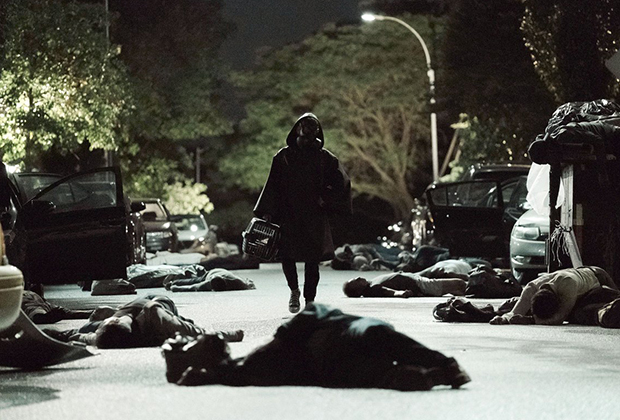