Jaime Camil is putting Rogelio de la Vega on the back burner for the evening as he guest stars on The CW’s Charmed, a show with more connections to Jane the Virgin than the actor initially realized… until he spoke with TVLine.

Camil was obviously aware that the reboot is executive-produced by a trio of Jane producers past and present. He also knew that his episode (airing tonight at 9/8c) was directed by Jane herself, Gina Rodriguez. What he didn’t know, however, was that his Jane co-star Justin Baldoni was the first to stake his claim to the Charmed universe nearly 14 years ago.

“Oh my dear God, I’m just finding this out!” Camil responded when TVLine informed him of Baldoni’s 2005 guest-starring role on the original Charmed. “Thank you for this information, I’m going to give him so much s–t.”

And Camil is perfectly in his right to do that. His character — a demon who poses as the musical director of Hilltowne University’s female a cappella group for reasons most foul — is objectively more powerful than Salko, the lower-level demon Baldoni portrayed in the original series’ seventh season finale. (Camil was pleased to learn of his higher position in the demonic hierarchy.)

Camil’s journey into the world of Charmed came about in late 2018 when production on Jane the Virgin‘s final season was wrapping for the holidays. Rodriguez told him she was spending the hiatus directing an episode of Charmed, to which Camil responded by saying that Jane/Charmed EP Jennie Snyder Urman had mentioned wanting to get him on the show at some point. Like magic, everything clicked, and Rodriguez spoke those five words every actor dreams of hearing: “You should be my demon!” 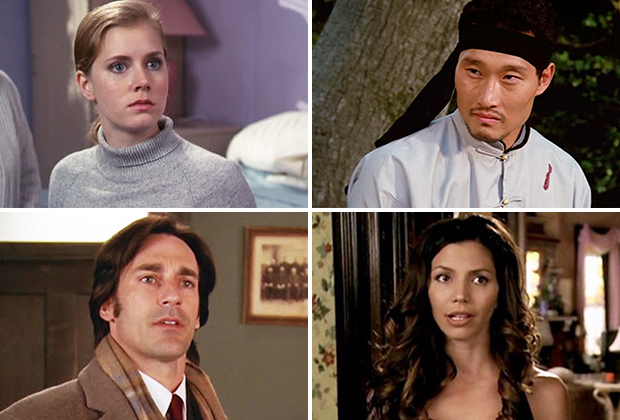 Though Camil’s experience with the supernatural is somewhat limited, he had faith that Rodriguez would help him transform into the sassy, sinister demon you’ll meet tonight. “She’s someone I respect, not just as a professional, but as a director and as an actor, so I knew I was in good hands,” he says. “When you trust your director that much, you let their expertise and talents guide you.”

Plus, let’s be real, Camil had a blast playing pretend with the Charmed Ones. “I’m bitter that we’re the only show on The CW where we can’t f–ing fly,” he says. “We don’t turn into werewolves, we don’t have arrows, we don’t run freakishly fast — and that’s bulls–t. I’m happy that we finally got to use some supernatural powers on The CW. We don’t feel left out anymore.”

Will you be tuning in to see Camil make sweet music on tonight’s Charmed? Drop a comment with your thoughts on The CW’s reboot below.