THE PERFORMANCE | Raise your hand if you thought Sonny was going to die this week…. Yep, as we thought – pretty much everybody. A major factor in building that sense of dread was an outstanding performance by AJ Buckley, especially in the episode’s final act.

Bravo Team had slipped away from a mission in North Korea by boarding a Navy sub via its torpedo tubes. When a power surge jammed the locks, trapping Sonny inside his tube, matters both practical and tactical prevented the hatch from being cut open. Buckley kept things light at first, as Sonny laughed at his bad jokes, and even when he likened his situation to Star Wars‘ trash compactor, reporting that the tube was now filling with water. But soon enough, the dire situation got the best of the rugged operative.

When the water level neared the top of the torpedo tube, and we and Sonny accepted that his “number was up.” Buckley — in what had to be, Hollywood trickery or not, a highly uncomfortable working environment — cinched this Performer of the Week prize by delivering emotional farewells to each team member, between gasps for air and glugs of water.

“Jason, I would’ve been dead years ago if not for you. Operating alongside you is the greatest honor of my life,” he told Bravo 1. To Ray, he said, “You and Naima always treated me like family…. That meant the world to me.” And of course there was one last ribbing of Clay, “the blonde Jesus,” followed by a message to be delivered to Lisa, whom we know to be extra-special to him.

Before succumbing to the water, Sonny declared, “That’s it from me, boys. I love you, brothers. It’s time to shine. Hoo-ya!” The water that cascaded into the sub when he was released seconds later, and thankfully revived, was not unlike our tears. 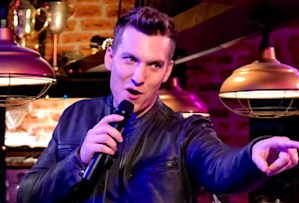 HONORABLE MENTION |  Crazy Ex-Girlfriend‘s Nathaniel found himself starring in his own mini romantic comedy this week, and Scott Michael Foster was both hilarious and heartbreaking as the alpha-male attorney let himself get swept up in the rom-com madness all around him. Foster revealed a newfound vulnerability inside Nathaniel when he suddenly woke up as a bespectacled nerd, only to (of course) transform himself into a cool guy in an attempt to win Rebecca back. (He even sang a karaoke duet… about rom-com karaoke duets.) But back in the real world, Rebecca is still with Greg, and Foster tugged on our heartstrings as Nathaniel gracefully set his feelings aside to let her be happy. Nathaniel might not end up being Rebecca’s happily-ever-after, but Foster’s surprisingly touching performance this week had us rooting for him anyway. 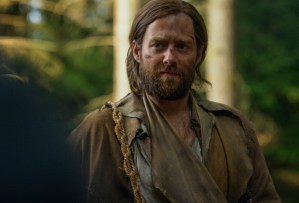 HONORABLE MENTION | In Sunday’s Outlander, Richard Rankin gradually, affectingly brought Roger MacKenzie to a brutal realization: that one should always look out for oneself above all else. He then turned in a can’t-look-away performance as the inherently self-sacrificing Roger struggled mightily to live what he’d learned. We particularly enjoyed the way Rankin played the moments after Roger’s escape from the hut, when the character’s anguish carved its way across the actor’s normally placid face: Was he going to run off to freedom, or was he going to end Father Alexandre’s suffering? Rankin raged. He cried. He muttered. He yelled. And when Roger finally gave in to his good nature, against his better judgment, it was one of Rankin’s best moments on the series so far. 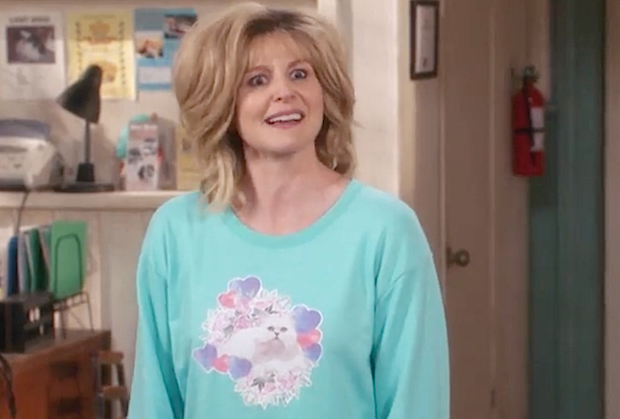 HONORABLE MENTION | Jennifer Robertson hit the mother lode in Wednesday’s Schitt’s Creek. At first, she made us feel bad for laughing as Jocelyn, frazzled from too many sleepless nights with Roland Jr., hid behind a forced smile her growing upset with her friends. Not only did they order lunch without her — “’cause I was seven minutes late” — they reassigned her part in the Jazzagals’ Nine Inch Nails medley. But there was no way we could hold in the guffaws when, after she found a (pet) sitter in order to make rehearsal, she learned it had been rescheduled — to accommodate everyone else! As Jocelyn unloaded on her unsupportive pals, Robertson was as wondrous to behold as an erupting volcano, albeit one that veered hilariously between meanness and madness.

Which performance(s) knocked your socks off this week? Tell us in Comments