After Shameless‘ Season 9 winter premiere on Sunday, you might have been left wondering: Has Fiona officially become Frank?

From the second the episode starts, it’s clear that Fi is in trouble. She’s drinking vodka first thing in the morning and then at work, while lashing out at customers and going on a weird rampage about all the gum stuck under the tables. When she finds out that her former building is being knocked down to make room for condos, that only fuels her bender. And the cashier at the local convenience store, where Fiona stocks up on booze and cigarettes, greets her like the daily regular that she is. 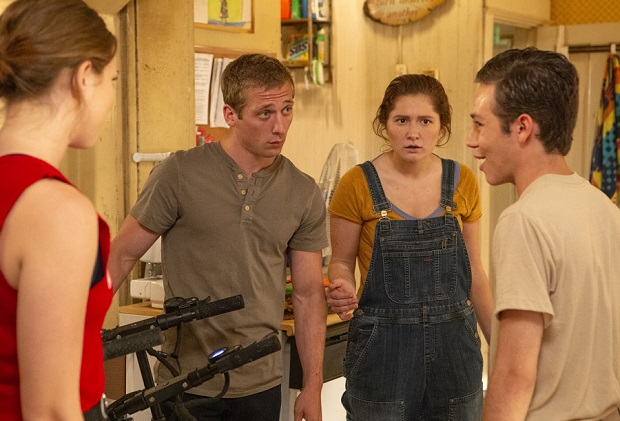 Back at home, Debbie discovers that her sister hasn’t paid any bills, so bye-bye, electricity. Debs gives the utility companies different fake sob stories to keep the lights, cable and such on. The Gallaghers are very good at scamming, so it works, but the squirrel fund is now back, and everyone must contribute.

But the most troubling evidence of Fiona’s descent might be her drunkenly taking up residence in Frank’s seat at the Alibi and refusing to give it back to him. Then she happily accepts when a guy offers to buy her a drink, but Kev cuts her off and throws the guy out. Later that evening, Kev delivers a passed-out Fi to her siblings. “She do this a lot?” Lip’s girlfriend Tami asks, to which he glumly replies, “Yeah. Lately.” 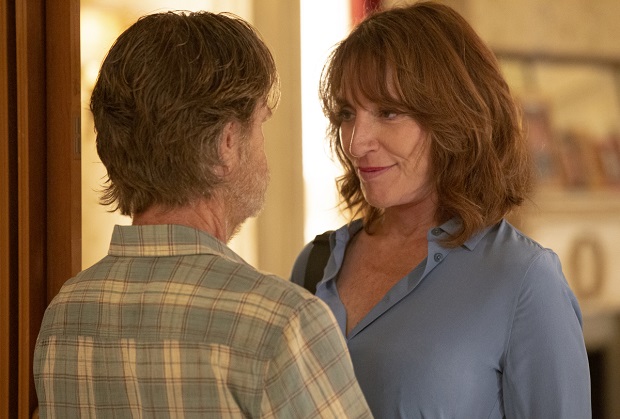 * Frank’s new squeeze Ingrid asks Frank to fertilize her eggs, which he agrees to. Unfortunately for him, his swimmers are more like drowners, so he tricks Carl into handing over some of his semen.

* Carl and his girlfriend start a racketeering operation where they hog scooters and charge people to use them. Their enterprise quickly morphs when they realize they can make money off just recharging them. They drive around the city, picking up scooters, and snag the neighbor’s electricity to power them up. Like I said, the Gallaghers are good at scams.

* Kev and V become foster parents to a 12-year-old immigrant boy. Kev is thrilled with the kid’s amazing throwing arm and the possibility of finally having a son. But after learning that the boy has a family he was separated from while crossing the border for asylum, V insists that they can’t keep him. 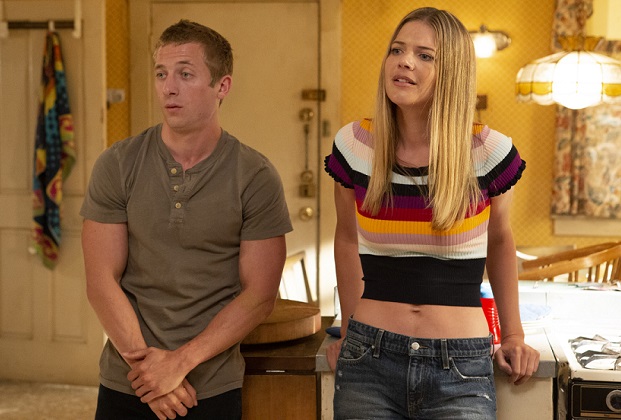 * Tami is determined to drag Lip into mature adulthood, taking him to see an apartment so they can have a nice place to have sex. And don’t get her started on the Gallaghers’ dirty kitchen sponge and shared underwear situations. Lip, in turn, suggests turning the Gallagher basement — you know, the one where all the dogs died — into a bedroom.

Shameless fans, what did you think of the show’s return? Grade it via the poll, then hit the comments to back up your pick!