The Art of the Deal met Deal or No Deal as NBC’s Saturday Night Live returned from the holiday break.

In the cold open for the first episode of 2019, President Donald Trump (Alec Baldwin) was a contestant on the Howie Mandel-hosted game show, which used to air, like, 13 times a week on NBC and recently was resurrected on CNBC.

In the SNL spoof, Steve Harvey (Kenan Thompson) was subbing for Mandel as Trump played on behalf of his favorite charity, Habitat for Hannity.

Having previously said “No deal!” to what Congress offered in December, as Steve Harvey recapped, POTUS is now looking to secure $5 billion for a border wall, in trade for extending DACA and releasing migrant children from their cages (so they can be “free-range kids”).

Trump chose from briefcase models including Speaker of the House Nancy “not drunk on my own power or anything” Pelosi, Senate Minority Leader Chuck Schumer (who was nudged by Pelosi to downgrade his offer from “Whatever you want” to “$15 + a pastrami on rye”), Instagram-savvy Rep. Alexandria Ocasio-Cortez and racist Rep. Steve King (whose briefcase offer was, well, “whites”). 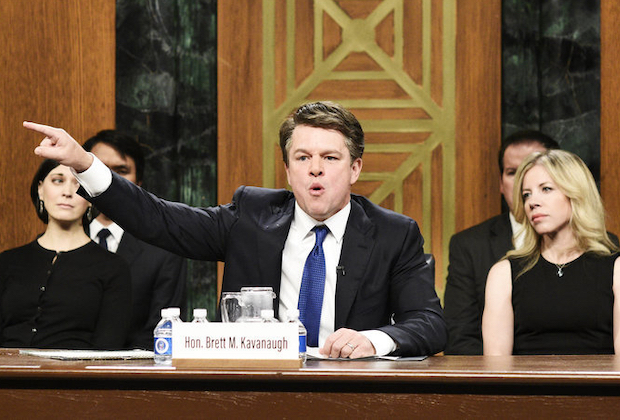 Trump eventually and erroneously selected a White Castle delivery boy (Pete Davidson) who was standing off-stage, but whose case of hamberders was an offer he simply couldn’t refuse.

Watch video of the sketch above, then share your thoughts on the Deal or No Deal spoof, brought to you by Green Beef!