Grab your croquet mallet: Riverdale‘s next musical episode will feature a staging of Heathers: The Musical, based on the 1989 cult hit, TVLine has learned.

Season 3’s musical episode — airing Wednesday, March 20 at 8/7c on The CW — will include nine songs from the off-Broadway musical adaptation that was first staged in 2010. Josie will star as Veronica, the role made famous by Winona Ryder in the original film, with Sweet Pea playing the Christian Slater role of J.D. (You might remember that Josie and Sweet Pea had a summer fling earlier this season that fizzled out when school began.) The three Heathers will be played by Cheryl (natch), Betty and Veronica, with Archie and Reggie playing jocks Kurt and Ram — and the whole production is sponsored by The Farm?!

Check out the full cast here (click on the image for a closer look): 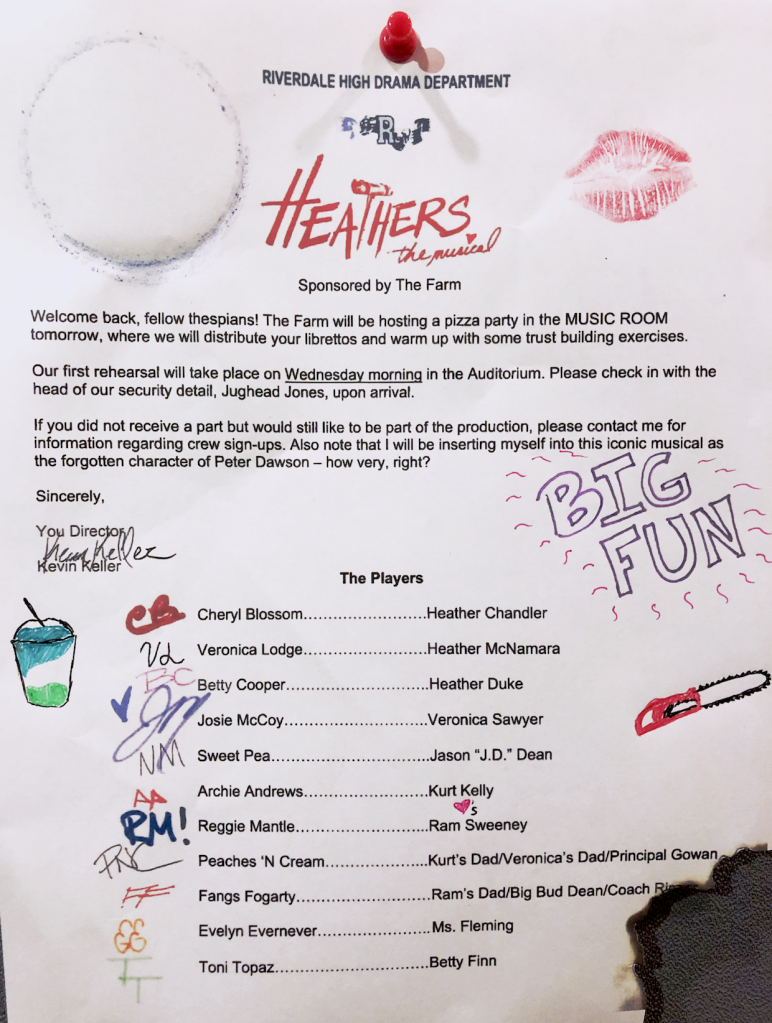 “Last year, we had a blast doing Carrie,” executive producer Roberto Aguirre-Sacasa said in a statement. “This year, we wanted to honor another iconic teen movie. Heathers: The Musical is BIG FUN, with great roles for the Riverdale kids. And everyone is singing…” (You hear that, Cole Sprouse?)

What do you think of the Heathers casting? Drop your thoughts in a comment below.