Chicago Med finally revealed the truth about what happened between Ava and Connor’s father during Wednesday’s episode — but the lies continue to roll on.

At first, Ava tries to get out of going to a fancy shindig for her beau Connor’s hybrid ER/OR since she knows his board member father will be there. Unfortunately for her, Connor insists on having his girl on his arm, so Ava attends the party — wearing a fabulous dress, I might add — and runs into papa Rhodes.

“I love that perfume. Brings back such nice memories,” Cornelius says, smelling her neck. (In the words of Summer Roberts, ewww!) “Why don’t we do it again? That was a very large check I wrote you. I think I deserve more than one night,” he adds, seemingly implying that he and Ava had sex.

“I disagree,” Ava replies, to which Cornelius responds, “Does my son know about us?” 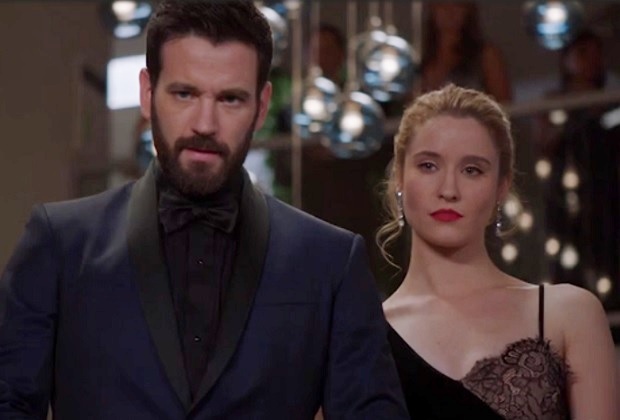 Ava storms off and tells Connor she wants to leave because of his father. Just when it appears she might finally confess the truth, Ava instead declares, “He’s now saying the most hateful things. He’s telling people I slept with him.” Of course, Connor goes into a rage spiral and punches his dad in the middle of the party while Ava looks on with a challenging smirk.

So Med viewers, I leave you with this question: As disgusting as Cornelius’ behavior was, and as terrible it is that Ava slept with him, did she cross an even worse line by purposefully lying to Connor and, in a way, manipulating him? When the truth does inevitably come out, how can these two ever get back to a good place in their relationship after that?