Perhaps they should re-nickname the Windy City to Heartbreak City? Chicago Fire returned on Wednesday with not one but two couples reaching the end of their relationships. Granted, one of the pairs was far less serious about each other than the other.

After escaping a fire in his own home, while wearing just PJs, and helping to bring down the corrupt mobile home owners, Casey finds out that Naomi is leaving for an assignment in Zurich. But their parting is far from sad, with Naomi urging Casey to put his damaged stuff somewhere safe and “then forget about it.”

“Now’s the time to make new memories. Have fun,” she advises him. “You’re a fun person, Matt Casey.” (If this means we’re about to see the lighter, single-man-about-town side of Casey, I’m all for it! Plus, Casey and Severide are now roomies, so imagine the fun the show could have with that.) 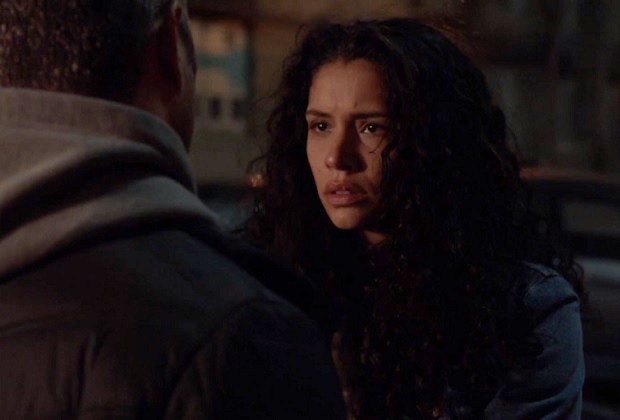 On a more serious note, “Stellaride” is over — for now. When Tyler confesses his love for Stella and tries to kiss her, she rejects him and then tells Severide he was right about Tyler. But that doesn’t matter, because Severide’s been pulling away since his father died.

“You’re going down some dark hole, and I know what that looks like because I’ve been there before with Grant,” she says. “I have been the lifeline for a drowning man, and I will never do that again. I love you. But I can’t be with you anymore.” And Severide? He doesn’t fight her on this.

Fire fans, what did you think of the “Stellaride” split? And did Casey’s little smile give you hope for his future?