THE PERFORMANCE | Since the Season 11 premiere, when 19-year-old Ryan Sinclair lost the nan who’d raised him since his mother died and his father, Aaron, failed to show up for the funeral, we’ve known how much pain this estranged relationship has brought Ryan. But in Doctor Who‘s New Year’s Day special, as Aaron made a surprise appearance asking to reconnect with his son, Cole made us feel that pent-up anguish — and he did it without raising his voice or shedding a tear.

The Doctor had just discovered her Team TARDIS was facing its first Dalek, so viewers were no doubt impatient to get back to that storyline when the father and son’s five-minute heart-to-heart started with a discussion of the oven that engineer Aaron was peddling. Then Aaron asked his son what he wanted him to say, and Cole’s delivery of Ryan’s monologue — calm, wounded but determined — was riveting. His shallow breathing — and one deep breath — subtly conveyed the anger and anxiousness the character would’ve shouted when we first met him: “You say, ‘Ryan, I’m sorry. I’ve messed up. I haven’t been good enough. I’ve let you down, a lot. And I know it’s made life hard for ya. And, if it meant that over the years you ever felt lonely or abandoned, or didn’t know where to turn or who to talk to or how to be, then I’m sorry. ‘Cause you mustn’t ever think that you didn’t deserve my love.'”

Through Cole’s pauses, and eyes that became increasingly watery but never overflowed, we understood Ryan was a young man willing his dad to fight for him. At the end of the episode, Ryan literally begged his dad to do it after the Dalek latched onto Aaron and threatened to pull him out into space through a vacuum corridor. “Dad, dad, I’m here for ya. I forgive you. I love you, dad,” he said. “Take my hand! Fight it!” Sure, the music swelled as Aaron reached out and Ryan bellowed, “Leave my dad alone!” before plucking the Dalek off his back. But we wouldn’t have gotten chills if Cole hadn’t grounded that hopeful, human moment that was Doctor Who at its best, reminding us how epic forgiveness and love — not traveling through space and time — can be. 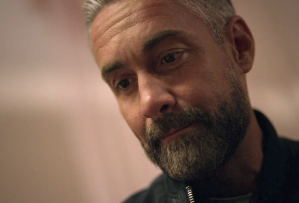 HONORABLE MENTION | Across the board and including guest star Meredith Monroe (as a shooter’s mom), the S.W.A.T. cast was central to making this week’s hour as gripping as it was. But if we may single out one team member, it was Jay Harrington who pushed us over that final edge and had us plowing through multiple Kleenex. Returning home after a thankfully thwarted school shooting and asked to tell a bedtime story, Deacon shared with daughter Lila the origin of her name — which we now knew came from a teen who died in a years-ago shooting, in the course of protecting classmates but after helping SWAT “save a whole lot of lives.” Harrington’s warm, quiet demeanor as Deacon disclosed that Lila’s namesake was now in Heaven, and her family thus “very, very sad,” brought the intense episode to a sweet, if heartbreaking finish. 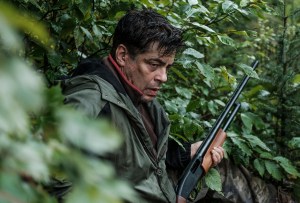 HONORABLE MENTION | Throughout Showtime’s Escape at Dannemora, Benicio Del Toro‘s inmate Richard Matt has been a charming devil, with a heavy hint of malice behind his mischievous smile. In this week’s sprawling finale chronicling the escape, though, Matt was more like a wounded animal, willing to do absolutely anything not to be caged again — and Del Toro was masterful in portraying his swift, nasty downward spiral. Drinking too much and nursing a furious grudge against Tilly, Matt got more and more reckless as the noose tightened around him, with Del Toro channeling a raw, primal survival instinct, unpredictable and prone to violent impulses. Matt’s drunken rants were like a Shakespearean tragic hero’s final soliloquy before his inevitable demise… and we just want to give Del Toro a standing ovation. 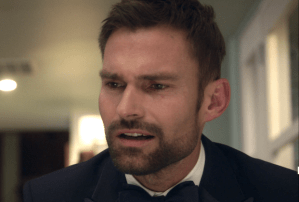 HONORABLE MENTION | Like his Lethal Weapon predecessor, Seann William Scott has been delivering performances more nuanced than they frankly need to be — a fact no better demonstrated than by Cole’s roller coaster reaction to ex-wife Natalie’s looming remarriage. Showing up a bit drunk at frenemy Erica’s doorstep, the former CIA operative lamented that of “all the tortures I have endured — the waterboarding, the fingernails, the sleep deprivation…. When they rip your heart out, it’s like a whole new world of pain.” Scott’s eyes registered the realization of a great love lost as Cole noted that avoiding the truth of the matter for as long as he did was “a bad idea. Because now there’s no scar tissue there, and it… just… hurts.” Indeed.