Elizabeth Keen is about to give the performance of her life.

When The Blacklist returns for its sixth season on Jan. 3 (NBC, 10/9c), Liz will still be reeling from the news that Raymond Reddington is, in fact, an imposter. But in the wake of that major revelation, Liz is going to do some award-worthy acting of her own.

“Liz is faced with this choice of, ‘What do you do with this information?’ Do you go to the FBI? Do you confront Reddington? What do you do?” series creator Jon Bokenkamp tells us. “She is going to make a choice to stay quiet about it, which will put her in the driver’s seat in a way that we really haven’t seen before… She has to present as his daughter. She has to continue as if it’s same old, same old.” 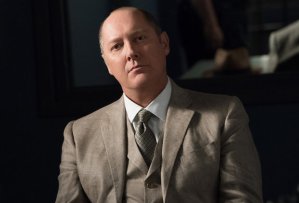 Of course, this situation isn’t entirely new for Liz; she’s been betrayed by Red numerous times throughout The Blacklist‘s previous five seasons. What sets Season 6 apart, according to Bokenkamp, is Liz’s complete unwillingness to forgive Red for his lies, as she has done in the past.

“She almost has more questions now than the day they met,” Bokenkamp says. “She has felt so betrayed and had the rug pulled out from her in such a significant way. It is such a betrayal that it’s hard for her to meet him with open arms.”

Bokenkamp adds that Liz is “no longer a rookie FBI profiler” in Season 6, which will make her efforts to take down Red “really satisfying” to watch.

“She is a woman who has gone through incredible hoops and become a much darker, much more dangerous, more in-control, smarter woman,” he teases. “That will give us some really great stories this season.”

As for Red’s role in all of this, Bokenkamp can confirm that when the sixth season begins, Red legitimately does not know that Liz is aware of his big secret, which will complicate the pair’s dynamic even more.

“As far as he’s concerned, he burned those bones, he got the bag away from Liz and he bested her,” Bokenkamp says. “He has no reason to believe that he is not three steps ahead of anyone else.”