Will and Natalie won’t be the only docs facing some big changes in their personal relationship when Chicago Med returns on Wednesday, Jan. 9 (NBC, 8/7c). While the engaged couple is dealing with a forced separation, their various colleagues might be getting back together, breaking up or hitting the dating scene.

ETHAN/APRIL | Ethan and his former flame Vicky have resumed their relationship, but don’t give up hope on a different reunion. “April will let her feelings be known to Ethan,” Schneider says. Adds Frolov: “They both have deep feelings for one another. That’ll continue to be a struggle with the two of them.” 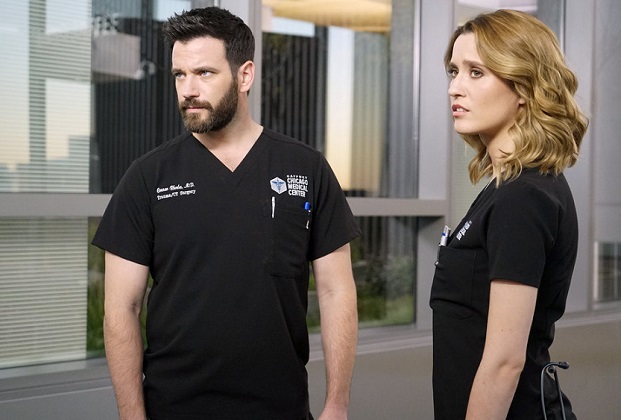 CONNOR/AVA | When Connor’s ex Robin Charles (played by Mekia Cox) — who left early in Season 3 without saying goodbye to her beau — returns later this season, expect to see a different color of his current girlfriend’s personality. “Ava will be jealous,” Schneider shares. As for what brings Dr. Charles’ daughter Robin back, “it’s a bit of a surprise.”

DR. CHARLES | The three-times divorced shrink is dipping his toes back into the romantic waters! “We’re going to have Charles dating,” Frolov previews. “We’re going to go into his past relationships, particularly with Robin’s mom.”