The more one ponders Arrow‘s Season 7 flash-forwards, the more questions arise — and I’m not talking about, “Who killed Felicity?” or “How does a street fighter have a perfect manicure?”

No, the biggest mystery continues to be: What is the true purpose of this future narrative?

To recap: The Arrowverse visited a future Star City before, with a Season 1 Legends of Tomorrow episode that suggested what Oliver Queen’s hometown might look like if the immortal Vandal Savage was never defeated. But this trip is different, in that it’s not presented as a possible future but as the future. It’s a fixed destiny in which William — now an LGBTQ tech titan — was at one point “left” by parents Oliver and Felicity (saddling him with “commitment issues.”) One day, Thea’s arrowhead Hōzen led William to Lian Yu, where he reunited with Roy. Together, they unearthed a bow of Oliver’s, hidden inside of which was a message — the Mark of Four, Roy later told Dinah — which prompted Roy to take William to the “fallen” Star City now cordoned off from The Glades by a wall. There, Dinah informed William that Felicity had been killed weeks prior, after running in “dangerous circles” while using her dad’s Calculator code name. Accessing Felicity’s files at a dilapidated Smoak Tech, the group (Rene’s grown daughter Zoe included) found a map of secret access points to The Glades… as well as plans to level Star City. The last person Felicity contacted was a female street fighter known as BlackStar. The group (minus Roy, hmmm) tracks down BlackStar, who doesn’t recognize William (hmm) and at first claims to not know Felicity yet is surprised to hear of her murder. After explaining that she helped Felicity get the pieces she needed for a bomb, BlackStar warned her visitors that asking questions about Felicity “will not end well, for anyone.” 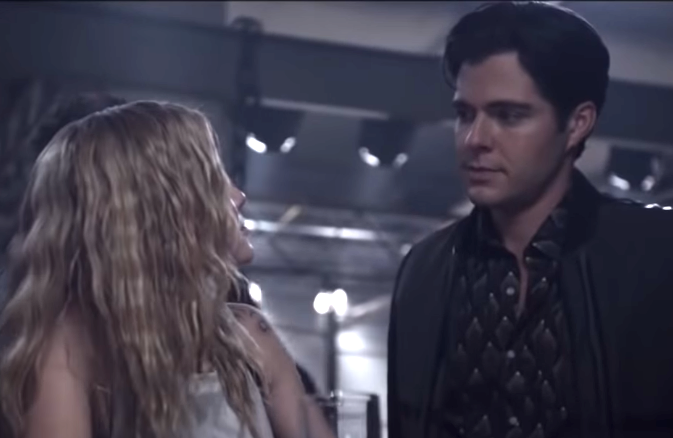 It’s a bleak future, to be sure — and I didn’t even mention that Oliver seems to be dead as well (always spoken of in the past tense), or that to hear some tell it, vigilantes like Dinah are to blame for Star City’s fate. But as noted above, it also seems to be a certain future; there are no time travelers in play who might return to 2018 and advise the heroes to take steps to avoid this outcome.

But if you’re going to spend a fraction of Season 7 glimpsing 20 years into the future, why bum out viewers with a depressing end point that apparently cannot be averted? If Season 7 isn’t about taking steps to change this sad little future, what purpose do the flash forwards serve?

The best I can come up with is this:

The repeated suggestions that Felicity as The Calculator was done in by her own extremism have run parallel with a present-day timeline in which Felicity, because Diaz was on the prowl, became more “ruthless” than ever, most recently putting a bullet into a home invader. They want us to think that if this current pattern of behavior continues and Felicity is unchecked, she will one day become the hacktivist spoken of in hushed tones in 2038.

Meaning, the flash-forwards are here to bait us into worrying about Felicity’s trajectory. Without them, people surely would shrug, “Eh, Felicity is a straight arrow, she will work things out.” But the flash-forwards mean to nudge us into genuine concern, because, hey, “look how things turned out!”

But if the flash-forwards are being honest with us, that is a mighty dire future that we can do nothing about. “Hey, in 20 years things will really suck. So you have that to look forward to.” And no one wants to ultimately leave viewers with that message. That’s why my current theory is this: the flash-forwards will eventually prove to be a big misdirect. That Roy and Dinah have both been acting honestly, but unbeknownst to anyone, Felicity is alive and well and still (very covertly) working on the side of good. And once that is revealed on-screen, a wave of relief will wash over viewers, while in the current timeline we’ll witness Felicity sidestep what might have been a ruthless, damning decision. We’ll then get a satisfying exposition dump from Future Felicity, about why she and Oliver had to “leave” William, and every decision of misdirection made since then.

IOW, Season 7 isn’t about changing the future because it is already “changed” — we just don’t know it yet.

Where do you currently stand on this crop of flash-forward questions?
1) What did William mean by saying Oliver and Felicity “left” him?
2) Why is Dinah “worried” that William could very much be his father’s son?
3) Given what we have seen thus far, does BlackStar have family ties to anyone?
4) If Felicity wasn’t planning to level Star City, what was(/is) she up to?
5) Will Future Rene still call people Hoss?

Want actual scoop on Arrow, or for any other show? Email InsideLine@tvline.com and your question may be answered via Matt’s Inside Line.