We’ve got questions, and you’ve (maybe) got answers! With another week of TV gone by, we’re lobbing queries left and right about shows including Speechless, Saturday Night Live, NCIS: Los Angeles, The Voice, Timeless and more! 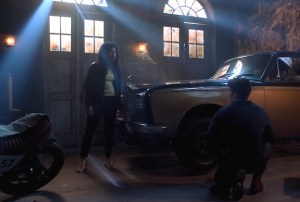 1 | Regarding Marvel’s Runaways Season 2, Episode 2: Even if you accept the premise that the kids discovered a grand mansion buried near Griffith Observatory, where are all the shafts of natural sunlight coming from? What, steady streams of hikers as well as the homeless have been passing by barely covered windows all this time? Also, why is there no urgency to get Gert back on her meds?

2 | Did the casting of Titans‘ Big Bad catch you off-guard, but in a kinda cool way? Also, did last week’s Episode 10 — which was named after Kory — actually spend its first 20 minutes with her off-screen driving a truck?

3 | Did Speechless almost have you thinking you were watching Minnie Driver’s The Riches as the DiMeos (accidentally, and repeatedly) scammed a charity for thousands of dollars?

4 | When Midnight, Texas‘ Lem mentioned during the eulogy that at one point, Creek was the only child in Midnight, did he forget about her younger brother? 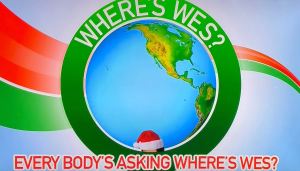 5 | On this week’s Saturday Night Live, wasn’t host Matt Damon’s simple, heartfelt opening monologue a thousand times better than another stupid song? Who knew that Aidy Bryant had an Amy Sherman-Palladino impression in her repertoire? (Or that anyone did?) Lastly, is SNL‘s graphics department just trolling this column at this point?

6 | Would a millennial such as God Friended Me’s Cara really turn down a sweeeet promotion just to keep God-hunting with Miles? Those fashionable, non-repeating outfits don’t pay for themselves!

7 | How cool was the opening scene of this week’s Escape at Dannemora — an exhilarating, nine-minute-long tracking shot following Sweat on a trial run through his escape route?

8 | After learning that her daughter had been shot and killed, couldn’t Dirty John’s Arlane have broken the news a little more delicately to grandson Toby?

9 | Is NCIS: Los Angeles slowwwwly but surely going “there” with Sam and Agent DeChamps? If so, are you good with it? (On a related note, how few shows have as wonderfully “deep a bench” as LA, that it can effortlessly swap in well-developed and welcome sometime-helpers such as DeChamps, Turk, etc?)

10 | Wasn’t ending IHeartRadio’s 2018 Jingle Ball special with concertgoers watching a video of Mariah Carey singing “All I Want for Christmas Is You” the equivalent of unwrapping a giant gift and finding out it’s… socks? 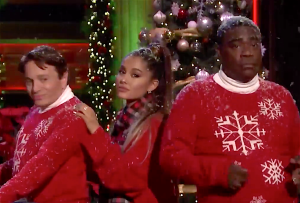 12 | As fun as The Tonight Show‘s reunion of SNL‘s “I Wish It Was Christmas Today” ensemble was, 1) why not give Ariana Grande a single thing to do, and 2) if she was in fact superfluous, why didn’t this nostalgic performance actually take place on SNL?

13 | As TVLine reader Big Mike points out: Could Sacha Baron Cohen’s announcement that Who Is America? won’t return just be a ploy to get people to let their guard down, so he can surprise them all over again in Season 2? 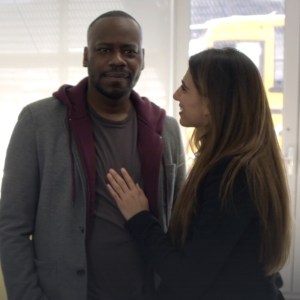 14 | At the instant that Timeless‘ Future Lucy handed Lucy her/their journal, what happened to the journal in the present timeline? Was Emma’s “plan” really to slip off her cuffs and skip away in front of everyone, unseen? Also, why hasn’t 2023 Rufus put a ring on it yet??

15 | A lot of here are big fans of Miley Cyrus, but between her SNL performance of “Happy Xmas (War is Over)” — where she drowned out everyone and everything — and the “updated” “Santa Baby” that The Tonight Show foisted upon her, can she maybe steer clear of Christmas standards for a while?