Survivor‘s 37th season has been one of biblical proportions, pitting disadvantaged underdogs (aka “Davids”) against dominant powerhouses (aka “Goliaths”). Two Davids and four Goliaths remained atop Wednesday’s full-night finale, appropriately titled “With Great Power Comes Great Responsibility,” but only one would get to leave Fiji’s Mamanuca Islands as the show’s Sole Survivor.

Kara Kay, 30, Angelina Keeley, 28, Alison Raybould, 28, Davie Rickenbacker, 30, Mike White, 47, and Nick Wilson, 27, began the season ender with an equal shot at victory, though their numbers began to dwindle shortly into the finale. Following a series of physical and mental challenges, plus a few of the season’s most agonizing choices the tribunal said goodbye to Davie (gasp!), Alison and Kara, leaving only Nick, Angelina and Mike in the game.

The remaining three castaways anxiously assembled for the final tribunal meeting, where the jury — which was largely “undecided” at this point, according to Elizabeth — assembled to was waiting to hear their final statements. Nick admitted to forming one-on-one alliances “with a lot of people,” even referencing a few of them by name; Angelina apologized for “not being authentic” with some of her fellow competitors; and Mike simply explained that he “would rather have threats in the game that were willing to work with [him].” 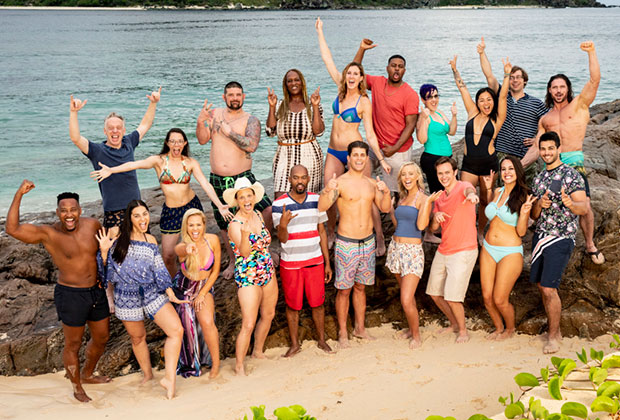 The final three also did some significant soul searching, with Mike nearly breaking down in tears, telling the jury, “They say every rainbow has a pot of gold at the end. But for me, it was never about the pot of gold. It was always the rainbow.” (Can somebody crochet that onto a pillow for me?) And, yes, Angelina brought up the rice.

Then came the votes. And the tears. And in one voter’s case, some light tripping. Here’s how the votes, read live from Los Angeles, shook out: Six votes for Nick, three votes for Mike and zero votes for Angelina — making Nick Wilson this season’s winner.

Now that Survivor‘s war between Davids and Goliaths have at last come to an end, do you think the right player won Season 37? Cast your vote in the poll below, then drop a comment with your full review of Wednesday’s finale.