THE SHOW | Escape at Dannemora

THE PERFORMANCE | With Arquette gaining forty pounds to play frumpy prison employee Tilly Mitchell in Showtime’s true-crime miniseries, it’s easy to heap praise on her physical transformation. (She is nearly unrecognizable, after all.) But the Oscar winner hasn’t simply altered her appearance here: She gets all the way under the skin of a fascinatingly flawed woman. And this week, she put the full range of Tilly’s volatile emotions on display, from long-simmering frustration to lovesick bliss.

The eternally irritated Tilly fended off a sweet advance from her husband Lyle and then whined like a child while being disciplined at work, as Arquette reminded us what a prickly sourpuss Tilly can be. (Her default mood is “mild disgust,” with Arquette scrunching her face into a permanent sneer.) But Tilly also dreams of escaping to Mexico with inmates Matt and Sweat, and Arquette’s face lit up when Tilly caught a stolen moment with Sweat, breaking into a giddy schoolgirl smile. Later, on a shopping trip to buy swimsuits for the Mexican rendezvous, Tilly beamed, reveling in the fantasy she’d created — and all the male attention she’d been receiving. Her fantasies have consequences, though, and when faced with the prospect of drugging (and maybe killing) her husband to make the escape plan work, Arquette’s conflicted expression spoke to Tilly’s deeply mixed feelings.

We don’t often get to see a woman like Tilly — middle-aged, sexually frustrated, the farthest thing from glamorous — examined this thoroughly and portrayed this vividly on TV. Arquette’s rough-edged, finely calibrated performance shows us that, underneath all her despicable behavior, Tilly is just a woman who craves a little excitement in her life. The result ranks right up there with any performance in Arquette’s distinguished career… or on TV this year. 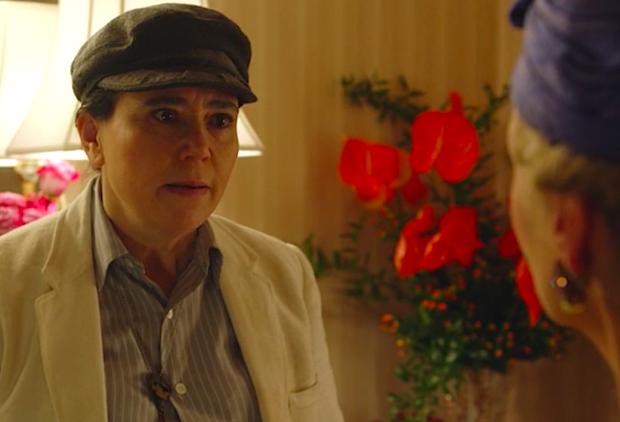 HONORABLE MENTION | Alex Borstein‘s ultra-guarded Susie wouldn’t dare let on that she sees No. 1 client Midge Maisel as anything other than a meal ticket. But in the ninth episode of The Marvelous Mrs. Maisel‘s second season, “Vote for Kennedy, Vote for Kennedy,” the gruff, sarcastic manager laid bare her love for Midge during a rousing confrontation with their mutual arch enemy Sophie Lennon (played with wicked restraint by Jane Lynch), and Emmy-winner Borstein deftly infused her alter ego’s trademark bravado with heart-tugging vulnerability. “You threaten her, you threaten me,” she tore into Sophie, Borstein’s voice cracking and eyes watering, before leaning in to deliver the final decisive blow. “I will do anything… to protect Midge. She’s gonna work her way up midtown; she’s gonna headline the Copa; she’s gonna headline tours. Put that on your plate.” In short, she killed. 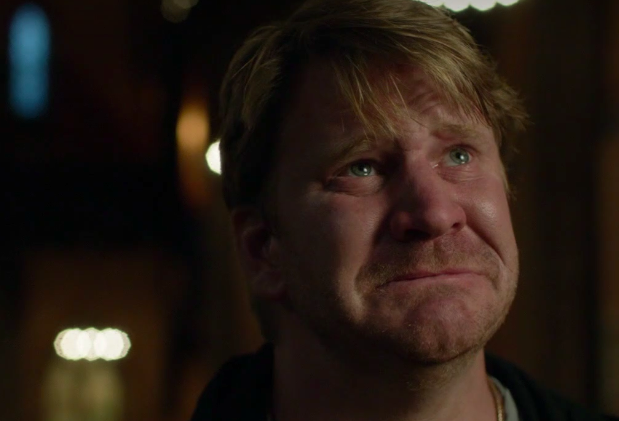 HONORABLE MENTION | Bunchy Donovan paused his season-long spiral on Sunday’s Ray Donovan long enough to reflect on the dumpster fire his life has become and, in turn, remind us how gifted and underrated an actor Dash Mihok is. During a trip back home to Boston with brother Terry, Bunchy returned to the scene of the original crime — the Catholic church where he was molested as a child — and, after collapsing at the altar, lashed out at God while staring up at the crucifix. “You f—ed me so bad,” Bunchy shrieked, Mihok’s face oozing anguish and despair, after which he began rattling off all of the myriad locations inside and outside the church where Father O’Connor assaulted him. When he desperately begged the Man upstairs for a make-good, Mihok showed us Bunchy at his most vulnerable  “Show me one f–kin’ thing — something,” he pleaded, tears streaming down his face. “I deserve it, don’t I?” Mihok certainly had us convinced that he does. 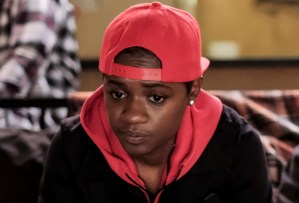 HONORABLE MENTION | All American brought its Crenshaw gang-war storyline to a head on Wednesday, allowing Bre-Z to showcase some lovely, emotional work as Coop mourned Shawn. Bre-Z has always excelled at playing her character’s inner conflict, torn between embracing the gang life or leaving it behind. But in the CW drama’s fall finale, the actress brought such authenticity to Coop’s pain, voice breaking as she wept over the life Shawn could have made for himself. Though Coop is known to wear a tough-girl facade on the streets of Crenshaw, she and her portrayer are at their best when the emotional walls come down, as they did so movingly in this episode.