The Fosters siblings Callie and Mariana are embarking on their own journey in the Los Angeles-set spinoff Good Trouble (premiering Tuesday, Jan. 8 at 8/7c on Freeform) — but they won’t be without their family for too long.

In TVLine’s exclusive photo from Episode 5, the girls’ Fosters moms, Lena (Sherri Saum) and Stef (Teri Polo), stop by the offshoot to visit their daughters at their new communal homestead. Callie and Mariana’s unorthodox living situation — the girls have their own bedroom, but share a bathroom and kitchen with the building’s other residents — isn’t exactly what Lena and Stef pictured for their kids.

“Their intention is to come and not be judgmental and not be helicopter parents,” executive producer Joanna Johnson previews. So Lena and Stef try to tell themselves, “‘They’re adults now. Let’s give them their space.’ But the moms are also missing the kids.”

Meanwhile, twentysomethings Callie and Mariana “want to prove to the moms, as every kid does, ‘I’m doing fine. I got this,'” Johnson continues. “[But] it’s OK to say, ‘I don’t exactly have this,’ and it’s OK for parents to say, ‘Let me give you some parenting advice, even though you’re an adult.’ That’s what the moms and the girls are skating around in that episode.”

Check out the exclusive first look below, then hit the comments with your thoughts on Stef and Lena’s visit. 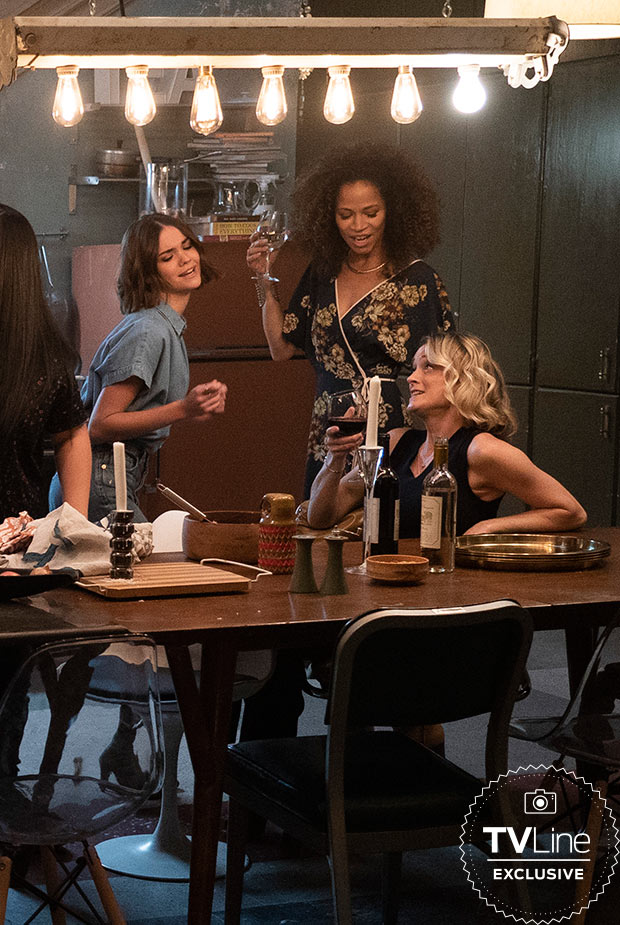