Supernatural‘s fall finale wrapped up much the same way Season 14 began:with Dean, once again, possessed by the archangel Michael.

The episode, however, begins with the boys feeling pretty good about the current state of affairs. For once, they’re one step ahead of Michael, thanks to Naomi’s intel and their inside spy Garth, who’s infiltrated the archangel’s monster army ranks. More positive news: Ketch has located the egg needed to destroy Michael. And best of all, they have Jack back. Sounds too good to be true, right? It is. Garth is forced to go through “the change” and drink a mixture of blood and Michael’s grace. Plus, Ketch reveals he had to drop the egg in the mail. And Jack’s miraculous return did come with strings attached, ones that Cas does not want to burden the Winchesters with. Cas tries to reassure Jack that The Empty won’t be dragging him away from happiness any time soon, because “this life may be a lot of things, but it’s rarely happy.” 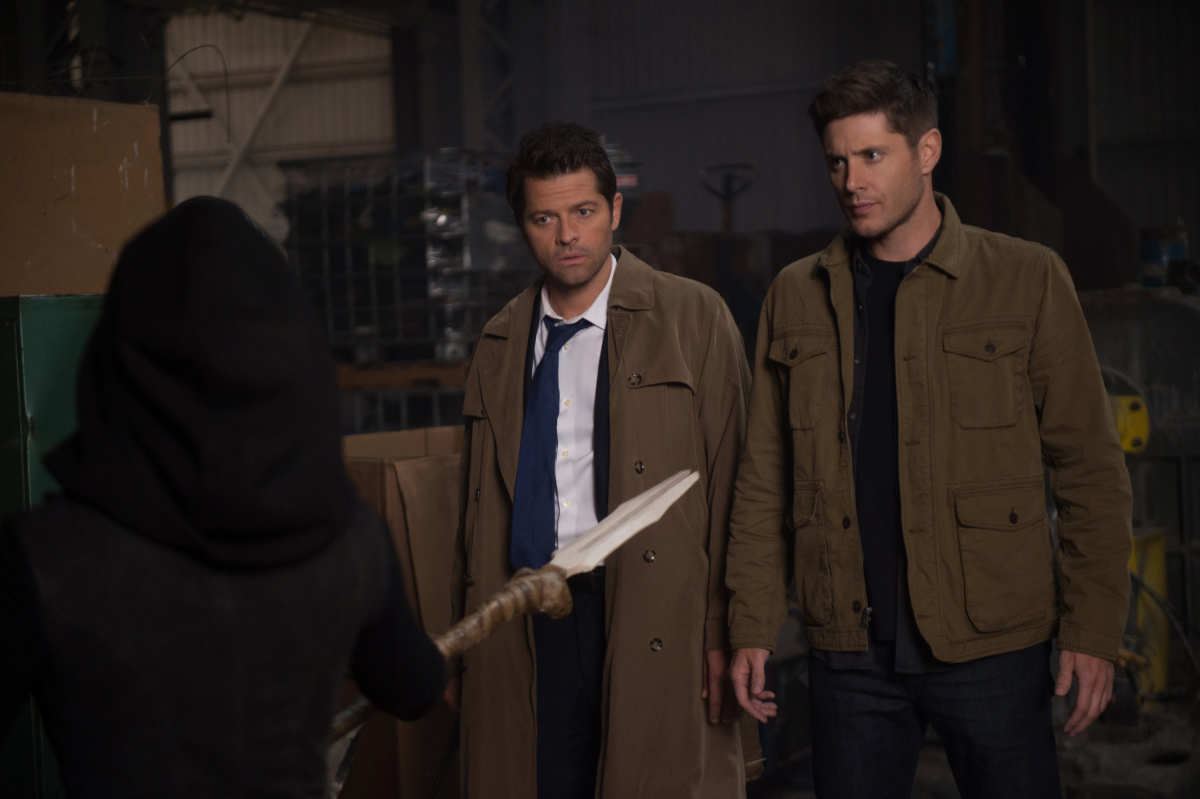 Garth fills the guys in on Michael’s plan to have his monster army attack the entirety of Kansas City, Missouri, on Christmas. While Dean and Cas go after dark Kaia and her spear, Sam and Jack head to the post office to retrieve the egg, but end up walking into a trap. Michael takes Jack, destroys the egg and knocks out Sam, because what’s another concussion at this point? Meanwhile, Dean tries to convince Kaia to let him borrow the spear. “If you’re not going to give it to me, kill me,” he dares her. She agrees to hand it over — but on the condition that they help her get back home, where she understands her place and has people she is bound to protect. “If you don’t bring this back to me, I will find you and kill you,” she warns Dean.

Sam ignores Dean and Cas’ pleas, and goes after Jack by himself. At Michael’s Kansas City HQ, Sam is attacked by Garth, who says Michael is in his head, so the Winchesters are forced to lock him up in Baby’s trunk. But hey, at least they’ve got the spear, which Dean awkwardly tries to spin around him. With that, the quartet decide to go up against Michael, who not only has orchestrated all of this, but will also sense Cas’ presence. “Impossible odds. Feels like home,” Dean says as the four march forward.

But just as Dean is about to kill Michael with the spear, he starts experiencing flashbacks of his time as the archangel — and then he is, once again, possessed by Michael, who breaks the spear. Michael asks Sam, Cas and Jack why they didn’t think to question his actions when he departed Dean. At that point, the hunter was resisting, but Michael left the door open just a crack when he got out. Now the archangel plans to crush Dean so he’ll be nice and quiet. “He’s gone,” Michael/Dean announces before giving his army the command to attack.

Supernatural fans, what did you think of the fall finale? Are you excited that Jensen Ackles is back to playing Michael?