Good news, Trekkies: Star Trek: Discovery launches its second season next month, with Ethan Peck joining the cast in the iconic role of Spock. But there’s bad news, too: Spock and the Discovery crew are facing a grave threat that could extinguish all life as we know it.

In a new trailer posted above, Spock ominously tells Burnham that what follows “could be the defining moment for multiple civilizations, millions of lives.” (So no pressure there.) He might be referring to a series of red bursts in space that are connected to a mysterious being known as “the Red Angel.” The Angel showed Spock a grim apocalyptic vision, he explains: “Someone, or something, is going to end all sentient life in the galaxy.” This all adds up to what Tyler terms “a fight for the future”… until Captain Pike corrects him: “We’re always in a fight for the future.”

The trailer also offers tantalizing glimpses at: Michelle Yeoh’s return as Georgiou, now a member of covert-ops team Section 31 (“Fun times!” she exclaims); lots of gee-whiz space battles and explosions; some kind of weird black blob engulfing Tilly (no!); a kick-ass fight scene with Burnham in a starship corridor; a stolen kiss between Burnham and Tyler; and Spock… smiling? (Or whatever the Vulcan version of a smile is.)

Plus, we’ve got your first look at the Season 2 poster, with the Discovery crew looking like old-fashioned movie stars (click the image below for a closer look): 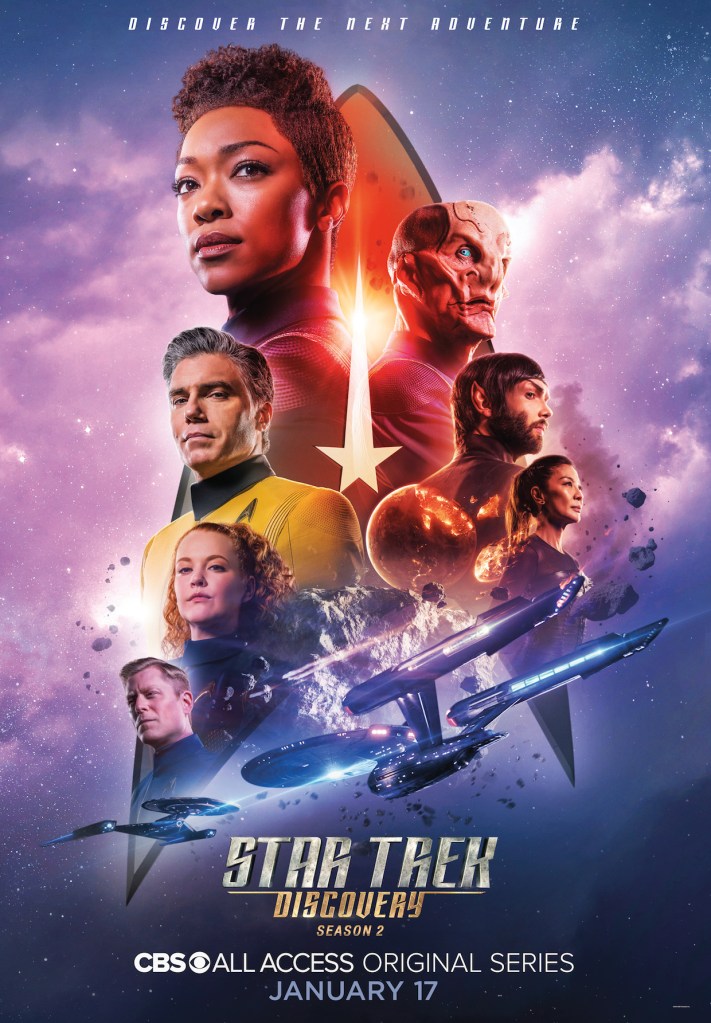 Prepare for launch: Season 2 of Star Trek: Discovery kicks off Thursday, Jan. 17 on CBS All Access.

Press PLAY above for a Star Trek sneak peek, and then beam down to the comments and tell us: What do you want to see in Season 2?