It’s Dancing With the… Zombies?

In TVLine’s exclusive photo from iZombie‘s fifth and final season, Liv and Ravi put on their best ruffly and flame-boyant dance outfits to show off their salsa moves on national TV. Needless to say, the consumption of a special noggin is responsible for the unexpected performance in Episode 3, titled “Five, Six, Seven, Ate!”

“Liv is on the brain of a codependent dancer,” showrunner Rob Thomas tells TVLine, “and she ropes Ravi into going undercover to compete for a chance to escape the walled city of Seattle… in a nationally televised dance show.”

Of course, the duo aren’t just in it for the top prize; there’s also a case to be solved. “They are investigating the murder of the couple expected to win [the competition] before their untimely demise,” Thomas previews.

iZombie‘s farewell season premieres next spring on The CW. The final episodes will feature more of scene-stealer Don E, with Bryce Hodgson getting promoted to series regular this past September. Additionally, NBA icon Kareem Abdul-Jabbar will guest-star as the undead city council member Zed.

Check out the exclusive first look below, then hit the comments with your hopes for the show’s swan song. 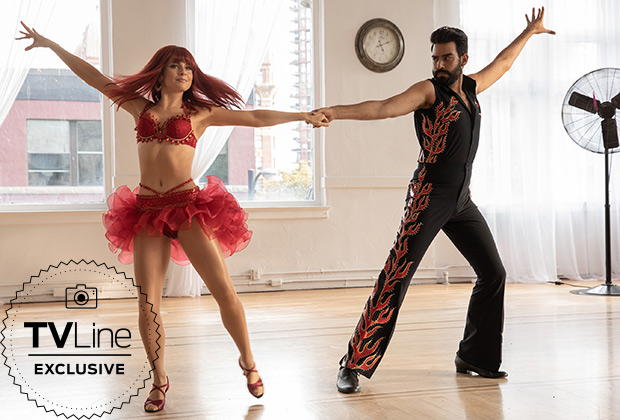