If it seemed to you that something had changed between Timeless‘ Lucy and Wyatt in the future, you’d be right — but not in a good way.

The two-hour series finale (airing Dec. 20 at 8/7c on NBC) will reveal that the Season 2 cliffhanger’s slightly older versions of Lucy and Wyatt aren’t so warm and friendly. “They don’t like each other,” star Abigail Spencer tells TVLine. “They work together, but it’s very bristly and cold between them.”

The travelers come from “a certain timeline in which things are not good, as you can pretty much tell by their clothing and just everything,” Matt Lanter, who plays Wyatt, notes. “Things look harsh, and I don’t think their relationship is any different. So we kind of wonder, ‘Is that the future or not [for Lucy and Wyatt]?'”

The visitors also serve as “a cautionary tale” for the present-day heroes “that if they don’t do certain things, they’ll end up in places they don’t want to be and end up without Rufus,” Spencer shares, emphasizing that the duo are “five years from the future and still don’t have Rufus [back].”

After sharing some very important information, Future Lucy and Wyatt will quickly be on their way out because, as fans know, the laws of time travel decree that you cannot go back to a period in which you already exist. How exactly the pair were able to break that rule long enough to visit their past selves will be addressed. Then it’s up to our Lucy and Wyatt to save Rufus — and to figure out where they stand with each other.

When the series ender picks up, “emotionally, [Wyatt is] a mess” after having been duped by Rittenhouse and his wife Jessica, Lanter describes, while Lucy is sorting out her own feelings for him. “Lucy has to deal with the fact that Wyatt didn’t choose her, and so how she feels about that, I think, is going to be very telling of [the] next steps for them,” Spencer teases. 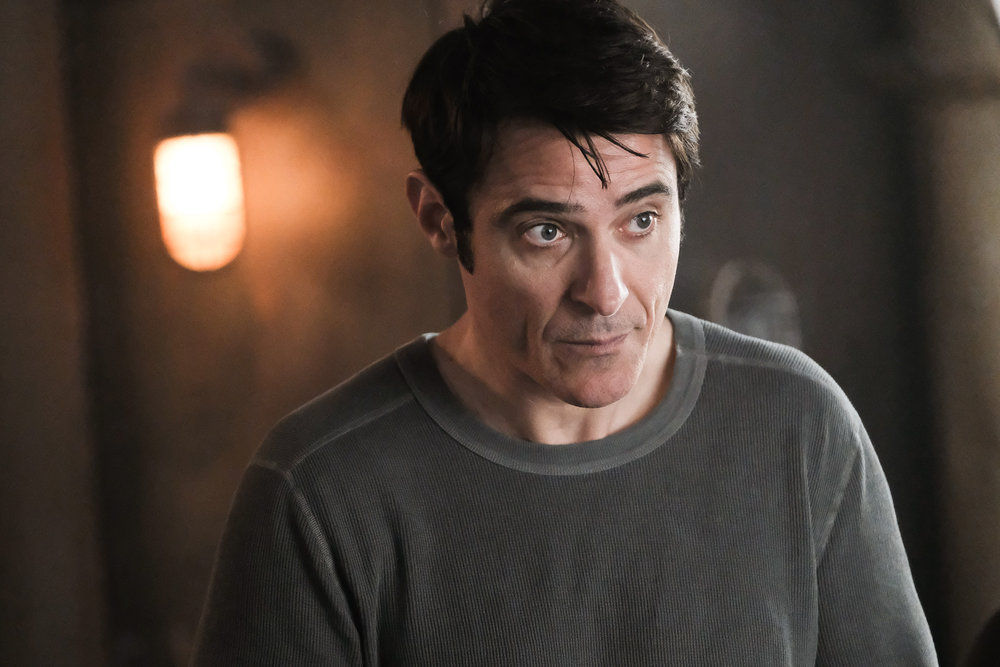 Complicating matters of the heart for Lucy is the always unpredictable Flynn, who seemed to be on the verge of confessing his own feelings for the historian during the Season 2 finale. “I actually think she feels a little divided about it right now, because she and Flynn have grown a lot closer,” Spencer says. “I think they’ve always had a connection, and I think it’s because they lost people. They have the same desire to get people back.”

But don’t count out Wyatt, who’s “a good guy” who was just trying to stand by his “resurrected” wife, Lanter argues. “That’s a point that he stresses through this finale, that he was just trying to do the right thing. And as much as a lot of fans don’t see it that way, our characters do. You actually see Lucy with compassion and understanding of the choices that Wyatt made.”

In the end, “there will be closure” to the love triangle, promises showrunner Arika Lisanne Mittman, who penned the very final hour. “I think everybody should watch, regardless of whether you’re a ‘Garcy’ fan or a ‘Lyatt’ fan, because I think there will definitely be something really special to enjoy for everyone.”