Is it just me, Blindspot fans, or have we been here before?

Friday’s fall finale found Jane — well, Remi, but you can’t make me call her that! — carrying out her master plan to rebuild Sandstorm and take down the FBI. And if that synopsis gives you a little déjà vu, it’s because the NBC drama pulled off something similar in its Season 2 finale, when Shepherd and her fellow Sandstorm members tried to overthrow the government.

Jane’s plan, admittedly, is not quite that drastic. She isn’t exactly trying to abolish all law enforcement and start society anew. But since Remi seems to be hanging around for good, Jane is interested in rebuilding Sandstorm from the ground up — and if certain members of the FBI suffer along the way, Jane’s not mad about it.

Before you give us your thoughts on the episode, here’s what went down:

* After Jane opted not to kill him in that evidence warehouse the previous night, Weller goes to Patterson and Rich Dotcom and reveals Jane’s true identity. (Neither of them are as shocked by the news as I thought they’d be.) Weller is adamant that Jane still exists somewhere inside Remi, and he’ll stop at nothing to get her back — even if it means trying some highly, highly risky experimental treatments that could cure Jane’s ZIP poisoning, which Patterson recently found on Roman’s new data cache. There was one previous clinical trial conducted for ZIP, and it was so high-risk that it killed the patient, then immediately got shut down. But the way Weller sees it, Jane’s days are already numbered; what would be the harm in at least trying to fix her?

All of this planning comes to a halt, though, when Jane begins to carry out her big plan. Her goal? Get Shepherd released from that CIA black site, breathe new life into Sandstorm and work with the new operatives to destroy the FBI. Her method? Distracting the entire country with a fake nuclear missile threat, ensuring that Shepherd will get released (as is protocol for all black site captives during a national emergency… even if that emergency is just a ruse). 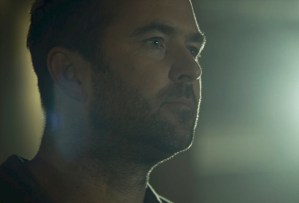 There are parts of Jane’s plan that go very smoothly: She does get Shepherd released from the CIA’s custody and brings her to a super-secret location where she hopes to form a Sandstorm battle plan. But Jane is also forced to put a whole bunch of tally marks in the “L” column, too. Not only is she suffering from worsening hallucinations of Roman, but Shepherd is weak, both physically and psychologically. She’s not the same warrior who once wanted to overthrow the U.S. government — and despite Jane’s commands for her to buck up and become the old Shepherd, the new Shepherd seems tired and worn out. Plus, when Shepherd realizes that Jane’s hallucinations and headaches are getting worse, she is firm in her belief that Jane can’t continue with any Sandstorm plans. She needs to track down Dr. Calisto — the doctor who ran that failed clinical trial — and try to get help for her ZIP poisoning first.

At the end of the hour, Jane’s reunion with Shepherd is interrupted by a video message from Roman — and, since Jane is now hallucinating so badly that she actually believes Roman is still alive, she runs to Roman’s proposed meeting location… only to realize it was a set-up carried out by Weller and the FBI team, with the help of face-altering technology. When she gets to the warehouse where she expected to see Roman, Jane is instead faced with Weller, who tells her she needs to come with him.

“I’m not going anywhere, no matter what you say,” Jane informs him from the other end of the warehouse. “I guess we’re done talking,” Weller responds, and the two of them charge directly at each other. Just as they meet in the middle and lunge for one another… the credits roll.

* Before discovering that NORAD’s missile threat was actually fake, Rich Dotcom is convinced he’s going to perish when the missile hits Manhattan — so he leaves Boston a voicemail to tell him that he loves him. Boston later returns the sentiment, and it’s the sweetest darn thing you’ll see on TV this week. “You’re my person,” Boston tells Rich. “No one makes me feel the way you do.” Swoon.

* Zapata and Madeline’s plan for world domination takes them to Mexico, where Zapata is ultimately cornered by Reade and Matthew Weitz. As Zapata points her gun at both men, Reade tells her that this situation will end one of two ways: Zapata will be in cuffs, or someone will end up dead. Zapata seems alarmed at the prospect of either scenario coming true, but the episode ends before we can find out how the standoff concludes.

OK, your turn. What did you think of Blindspot‘s fall finale? Grade the episode in our poll below, then drop a comment with your review!