Antonio’s painkiller addiction led the detective down a dark road on Chicago P.D.‘s fall finale. First, he was forced to lie to the Intelligence unit when they found him at the scene of a bust, trying to score, but Voight saw through the charade. Then after Antonio’s daughter was kidnapped, he lashed out at the man who took her and pushed him through a window to his death as a shocked Ruzek and Voight stood nearby.

Will Antonio’s colleagues help him cover up his crime? Will the detective continue to spiral? Or will he take charge of his addiction and get clean? TVLine chatted with showrunner Rick Eid for answers to those burning questions and more. 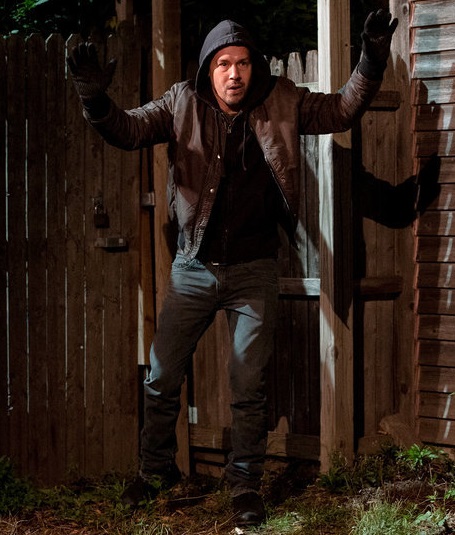 TVLINE | Antonio has always been a by-the-books cop, and now you have him breaking all the rules. What drove that storytelling decision? And what were you hoping to explore with that?
You are correct. It’s the idea of addiction, and it’s just such a real issue in society, and how anybody can fall prey to the perils of opioid addiction, even somebody as by-the-book as Antonio. But dramatically and creatively, it’s just the idea of: Here’s, more or less, the most righteous character on the show, the most by-the-book character on the show, the person on the show who has enough courage and strength and confidence to judge Voight and others and Ruzek. We thought it would be really interesting to see him in a position where he’s in sort of a shameful place or a vulnerable place, in a place where others could theoretically judge him.

TVLINE | How will this experience, especially what he goes through in this midseason finale, redefine the character moving forward?
It will affect him and impact the way the he looks at himself and views the world, but I think he will eventually return to the Antonio we know. This little period of time was more of an anomaly than the truth about who he is. So he will, for the most part, be the Antonio that we knew before. He might be a little more world-weary than before, and might have a little more scar tissue than before. It might also make him a little less prone or likely to judge others, and it might give him a little more perspective on certain things and see the world from a slightly broader prism.

TVLINE | You mentioned how Antonio judged Voight and Ruzek at the beginning of the season, and those are the three characters that are together in this predicament at the end of the fall finale. Was that intentional?
Yes. That was sort of the whole point. Here’s a guy that judged Ruzek, judged Voight, and then here he is in an incredibly vulnerable position at the midseason finale with the two people he judged, and how do these other two people react to that situation? What’s their instinct? Is it to protect? Is it to judge? Is it to distance themselves? So it’s going to come full circle.

TVLINE | I’m having a hard time picturing how Antonio, Voight and Ruzek get out of this situation. Is there anything you can tease in terms of where the next episode is going to pick up with that, and how they’re dealing with it?
It’s going to pick up in real time. So don’t rack your brain. It’s already been taken care of. [Laughs] Yeah, it’s a messy situation. It’s tricky. Episode 10 is a really exciting episode and [an] answer to the midseason finale. 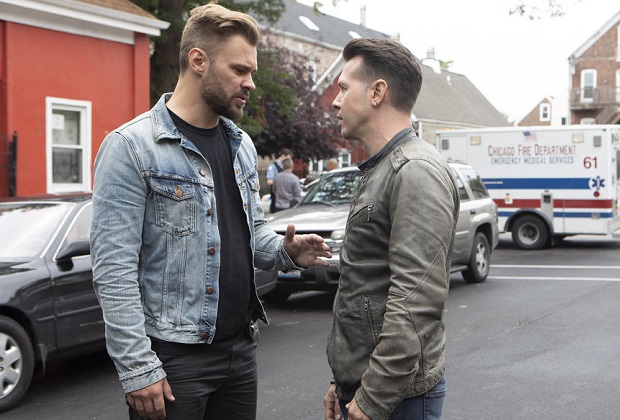 TVLINE | Will this experience bring Antonio and Ruzek closer together after their rough start this year?
It may. It may take a little bit to get there. In the first episode back in the new year, you’ll see that Ruzek isn’t afraid to put his money where his mouth is about his code and his loyalty.

TVLINE | Voight says that he’s going to help Antonio get clean. Is that an offer that Antonio is going to accept?
Voight isn’t going to give him a choice.

TVLINE | Would you say that this was Antonio’s rock bottom? Or has he not hit that yet?
I hope this is his rock bottom, yes. Antonio is a great character, and he represents a nice counterpoint to Voight, and we don’t want to lose that or marginalize that. We looked at this as a temporary, unfortunate, realistic deviation from his norm.

P.D. fans, what did you think of the fall finale? Grade it via the poll below, then hit the comments!