THE PERFORMANCE | It can’t be easy to arrive seven episodes into a genre series that has been busy-busy-busy with world building, to say, “Hi! I’m that one’s mom!” (It’s even harder to be The Parent Who Was Locked Up Against Her Will for Years and not emerge from the experience rife with tropey ticks and ominous undertones.) But with Nichols’ first full episode as Rachel’s birth mother, Angela Roth, it became clear what Titans has been missing — the warm, nurturing touch of someone normal.

As Angela scrubbed herself clean and settled in at Bruce Wayne’s super-swank safe house, Nichols showed a relief washing over the freed woman, as she mustered the confidence to quietly ask her kin, “May I put my arm around you?” Throughout these first moments, young Rachel (played by Teagan Croft) wore a delighted smile, the first after so many dark-n-twisty times. An ersatz family is one thing; the real deal is something better.

Nichols’ showcase arrived midway through the hour, when the many elephants in the room were discussed: Who was the woman who raised Rachel? Why were dangerous people after the lass? And what is the deal with her Dad? The answers did not come easy.

“Your father’s people wanted to get their hands on you, and I knew they would never stop, no matter how far we ran,” Angela shared, explaining why she left her daughter with good friend Melissa. “I just wanted you to have a mom.” As for the “charismatic” cult leader-type who sired Rachel, “He’s gone, a long time ago,” Angela assured, Nichols’ earnest eye contact offering a promise. “He can’t hurt you anymore — and now, thanks to your friends, neither can his people.”

And how did Angela herself endure this tragic but necessary separation? By clinging into the hope, she said through tears, “that one day, you and I would finally be safe.” 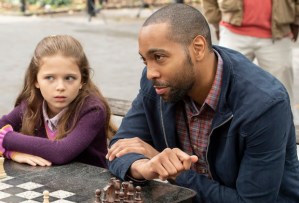 HONORABLE MENTION | There has been some heavenly guest casting going on at CBS’ God Friended Me, and the latest example demanded mention. As Graham Harper, a chess champion-turned-recluse, Legion‘s Jeremie Harris instantly and deeply pulled us into his character’s deep-seated funk — which hit a new nadir upon learning that his best friend Aleksander only dethroned him a decade ago because he spied his rival’s notes. “You were my only friend,” Graham reacted through gritted teeth. “You knew more than anyone I had nothing but chess. Nothing.” Miles couldn’t convince Graham to turn the other cheek, but the fate of a little girl did, as the terminally ill Aleksander asked his estranged friend to ensure his daughter never loses her love of the game. “It’s gonna be hard work getting her to lose all [your] bad habits,” Graham teased, Harris’ face finally warming up. “But I’ll do my best.” 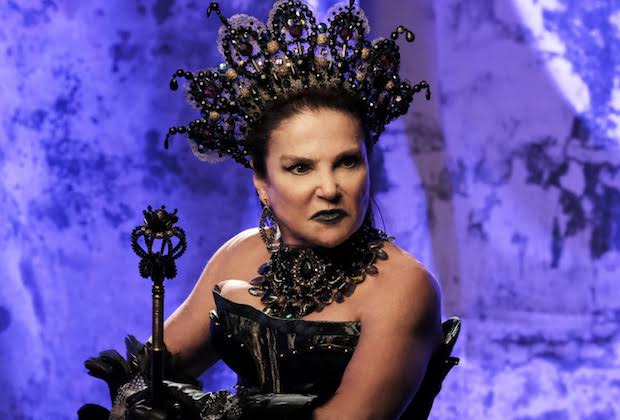 HONORABLE MENTION  | Crazy Ex-Girlfriend‘s Rebecca might dread seeing her domineering mom Naomi, but we’re always happy to see Tovah Feldshuh back on the show — and this week’s episode gave her a deliciously entertaining showcase, as Naomi steamrolled her daughter into pretending she’s still a big-shot attorney. A relentless whirlwind of passive-aggressive nagging and guilt trips, Naomi was in rare form this week, and Feldshuh clearly had a ball firing off a fresh barrage of tart zingers. The highlight: her savage musical number “Forget It,” with Feldshuh donning a bejeweled, wicked-queen costume to tell Rebecca exactly how disappointed she was in her. No, we wouldn’t wish a mom like Naomi on our worst enemy… but watching Feldshuh (from afar) is still a treat. 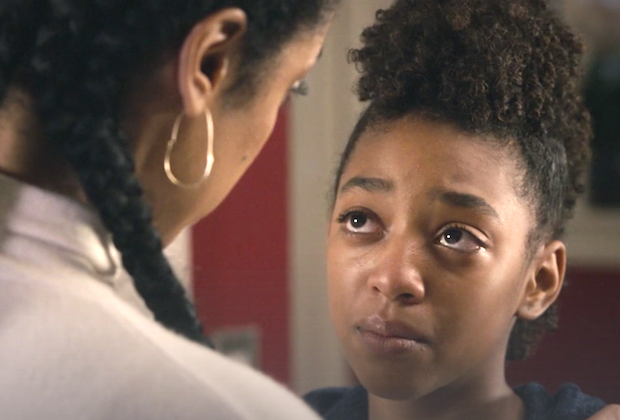 HONORABLE MENTION | It’s tough to remember that This Is Us‘ Eris Baker is just a kid when she turns in high-caliber performances like the one in this week’s episode. As Tess hesitantly came out to her parents, the actress spoke haltingly, seeming like any moment she might drop the subject entirely and flee the room. “I think I might like girls, not boys,” she whispered, starting to cry. As Tess’ parents voiced their unflinching support for her, Baker’s entire being softened: The tension with which she’d made Tess vibrate since the start of the scene flowed away, her frightened tears instantly turning to ones of relief. The moment felt very real and very important, in large part to Baker’s young yet considerable talent.