Katherine McNamara officially enters the Arrow ring — or cage, as it may be — in TVLine’s first, exclusive photo from her debut on the CW series.

As TVLine previously reported, the Shadowhunters star will fill a pivotal Season 7 role as Maya, a scrappy street fighter and thief from Star City. The initial — and unofficial — casting notice for the character, who first appears in the Monday, Dec. 3 episode, titled “Unmasked,” likened her to “Buffy the Superhero Slayer.” Check out the full photo below, of Maya getting ready to slug it out with a brute.

Elsewhere in Monday’s episode, Felicity stands by her recent decisions regarding her family, while Diggle and Lyla continue to look into the Dante painting that Curtis found.

In addition to her run as human/angel hybrid Clary Fray on Freeform’s Shadowhunters (which will premiere its very final batch of episodes on Feb. 25), McNamara’s previous TV credits include The Fosters, MTV’s Happyland miniseries, Kickin’ It and Unforgettable (where she played a young Poppy Montgomery). On the big screen, she reprised her role of Sonya in the third installment of The Maze Runner trilogy, Maze Runner: The Death Cure, which opened earlier this year. 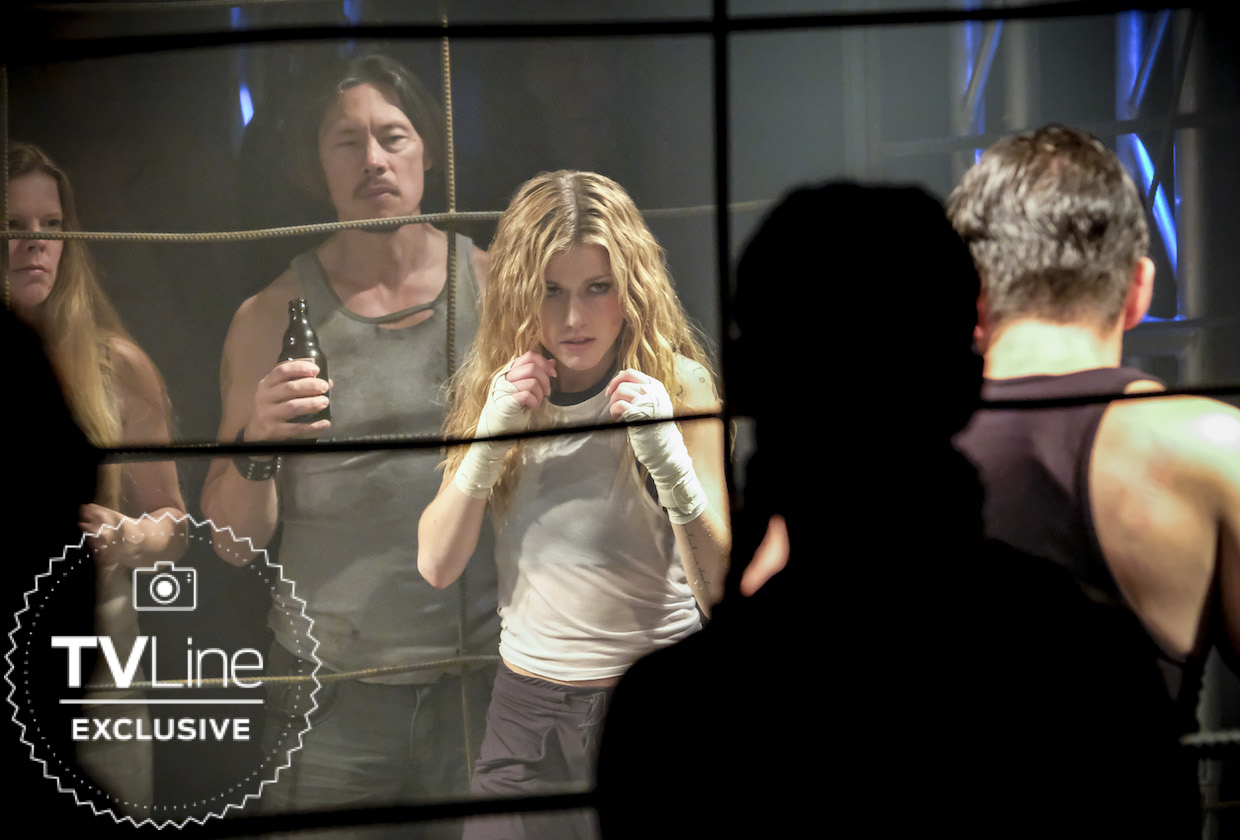