Master magician Ricky Jay, whose decades-long career included guest roles on Deadwood and The Simpsons, has died at the age of 70.

The news was confirmed by his manager, Winston Simone, who told Variety that his client died of natural causes. “He was one of a kind,” Simone said. “We will never see the likes of him again.”

A New Yorker profile once referred to Jay as “perhaps the most gifted sleight-of-hand artist alive.” His one-man Broadway show, Ricky Jay and His 52 Assistants, was filmed for HBO by acclaimed director David Mamet in 1996. He appeared in many of Mamet’s films, including House of Games, The Spanish Prisoner, Things Change, Redbelt and State and Main. Additional film credits included Magnolia, Boogie Nights and Tomorrow Never Dies. 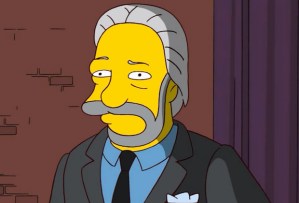 Jay’s TV credits included a recurring role on Deadwood, on which he played card shark Eddie Sawyer. He also appeared on episodes of The Simpsons (playing himself), The X Files, The Unit, Flashforward, Getting On, Kidnapped, Lie to Me and Simon & Simon.

In addition to his acting credits, Jay was a frequent late-night talk show guest. He appeared on The Tonight Show with hosts Johnny Carson, Jay Leno and Jimmy Fallon, as well as The Late Show With David Letterman and Late Night With Conan O’Brien.

Jay also worked as a film consultant, lending his technical expertise to such titles as Forrest Gump, The Illusionist and The Prestige. In 2012, he was the subject of the documentary Deceptive Practice: The Mysteries and Mentors of Ricky Jay.