Despite initial concerns of freezing weather and dangerous winds, Mother Nature went relatively easy on this year’s Macy’s Thanksgiving Day Parade — though there was still plenty of shade provided.

From Al Roker fleeing from a horde of clowns to Diana Ross’ entire family riding through the streets on its own giant float — which is how they always travel, I assume — Macy’s really outdid itself in 2018. This year’s parade even featured the first-ever Netflix balloons, a pair of characters from The Christmas Chronicles. (We’ll never know exactly how many people watched the balloons, but boy did they look expensive.)

This year’s list of must-discuss parade moments also includes a menacing pair of holiday birds, a giant potential Bachelor replacement and Laura Benanti stealing candy from strangers. (Don’t worry, she was in character. We think.) 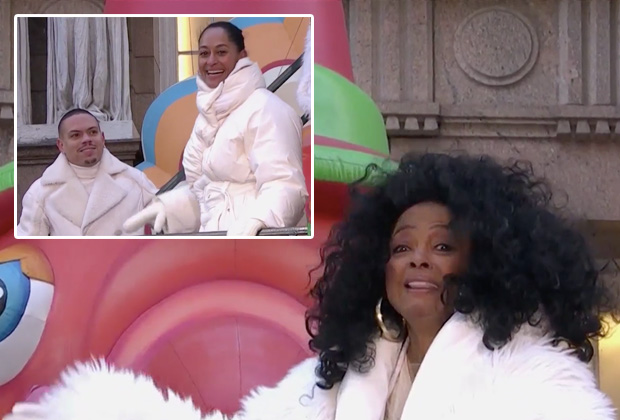 Of course, not everything went off without a hitch. Take Rita Ora‘s performance, for example, which wouldn’t even have been worth mentioning… if she hadn’t been caught lip syncing. (Look, we know that barely anyone sings live at this thing — unless you’re Queen Kelly Clarkson — but when your mouth isn’t matching any of the lyrics, it’s hard to play along.)