Seven of One Tree Hill‘s finest reunited on Thanksgiving — eight, if you include the one who dropped in via Skype — to look back on the drama’s past… and future?

Hosted by Paul Johansson (aka Dan Scott), ‘Tis the Season: A One Tree Hill Cast Reunion brought together Hilarie Burton (aka Peyton Sawyer-Scott), Danneel Ackles (aka Rachel Gattina), Antwon Tanner (aka Antwon “Skills” Taylor), Tyler Hilton (aka Chris Keller), Robert Buckley (aka Clay Evans), Bevin Prince (aka Bevin Mirskey) and Stephen Colletti (aka Chase Adams), many of whom starred in Lifetime’s The Christmas Contract, which premiered immediately prior to this reunion special.

And while the hour-long special was oozing with nostalgia — guys, remember when Pete Wentz was on this show? — the cast was also forced to answer the question all casts of beloved series must face in this day and age: Would anyone be down for a One Tree Hill revival?

Several cast members were ready to sign on the dotted line right then and there, but Burton proposed an alternative. “It would be a Christmas movie set in Tree Hill,” she said. “It would be great to have an excuse to go back to Wilmington and all be together again.” Echoed Johansson, “Our fans would love it. We could it for them.”

The actors also speculated about where their characters would be today: Burton thinks Peyton would be in rehab because “she had a lot of stuff going wrong,” though Prince — on a more optimistic note — thinks Peyton could have evolved into a life coach; Tanner thinks Skills would still be coaching basketball at Tree Hill High School; Hilton thinks Chris would still be on tour, “trying to sleep his way through every fan he has”; and Colletti believes that Chase would have evolved from bar manager to music venue owner. 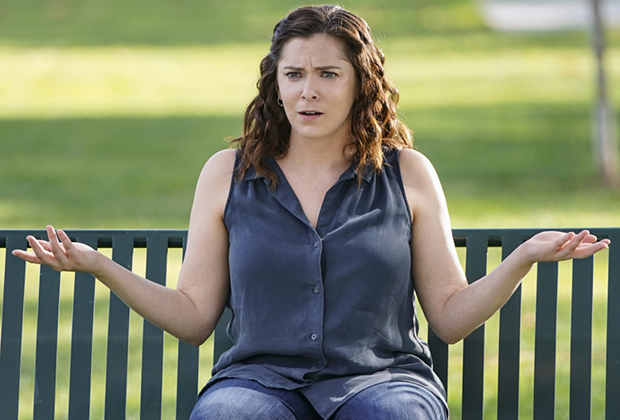 Also, remember when the Tree Hill alumni tweeted (then deleted) those on-set photos from The Christmas Contract? It turns out that wasn’t merely a publicity stunt; as Ackles explained in the special, “We might have gotten in trouble for that.”

“I think it was Buckley’s idea!” Tanner recalled. (Sure, blame the guy who isn’t around to defend himself.) “We all took a photo in the background when no one was looking. We were like, ‘Let’s see if the fans catch on.’ So we all posted it at the same time, and the fans were like, ‘Oh my God, something’s happening!'”

Unfortunately, as Burton explained, “The film hadn’t been announced, so we had to take [the tweets] down, which created an even bigger buzz.”

Tell us: Would you be down for a One Tree Hill revival, or is it best to let sleeping (and heart-eating) dogs lie? And if you watched the reunion special, what was your favorite part? Drop a comment with all of your thoughts below.