In “The Witchfinders,” written by Joy Wilkinson and directed by Sallie Aprahamian, Team TARDIS arrives in 17th century Lancashire amidst a witch hunt, which intensifies with the appearance of Cumming’s monarch. In real life, King James I wrote the book Daemonologie on magic/witchcraft and the appropriate punishment. Of course, this being Doctor Who, there are strange forces at work in the village of Bilehurst Cragg. (We see you lurking in the photo below, guest star Siobhan Finneran, aka Downton Abbey’s O’Brien, who seems a bit too supportive of the King’s plan to destroy every last witch in the episode’s trailer). 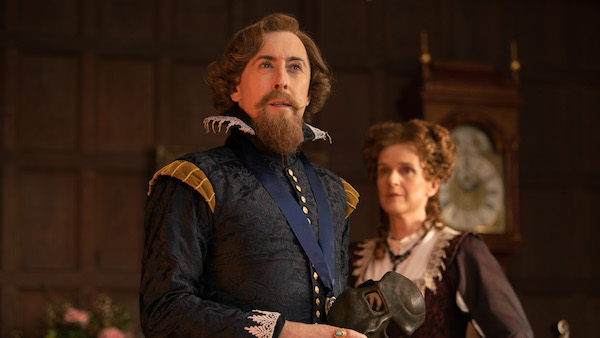 Cummings, whose CBS drama Instinct has been renewed for a second season, described his James I to the Homo Sapiens podcast as a “dandy, foppy coward who kind of comes alright in the end.” He was told the character could return, he added. 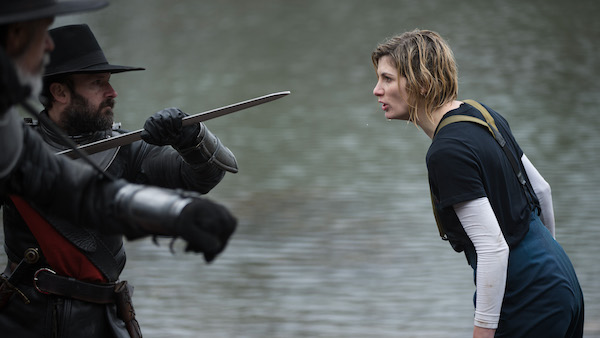 Two questions we have for Sunday’s hour: Why is the Doctor wet in the photo above (is she saving an accused witch, or is she on trial herself?), and, looking closely at the picture of the top of the post… just how happy will wearing that hat make her?