It’s beginning to look a lot like Christmas on basic cable. While Hallmark Channel has been in the yuletide spirit since October (!), the family-friendly network will officially kick things into high gear on Thanksgiving Eve with the debut of a new original movie every night for the duration of the extended holiday weekend.

Not to be outdone, Lifetime will debut not one, but two movies per night — not that it’s a competition or anything!

For the next five evenings, both Hallmark and Lifetime will deck the halls with some of your favorite TV stars of past and present, reuniting the casts of One Tree Hill, The Cosby Show and Sister, Sister, among others. And not to worry: Hallmark Channel staples Candace Cameron Bure (Fuller House) and Lacey Chabert (Party of Five) both have rom-coms premiering this weekend, because of course they do. Then there’s Tatyana Ali (The Fresh Prince of Bel-Air), who is set to appear in both Hallmark and Lifetime original movies. (Guess she couldn’t, ahem, make up her mind.)

Scroll down for a list of every festive flick airing across five cable networks (and one streaming service) between now and Sunday (including cast lists and official loglines), then hit the comments and tell us which — if any — you’ll be watching! 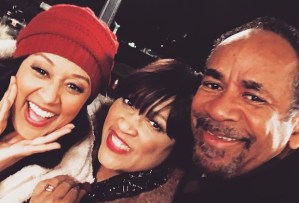 8 pm MY CHRISTMAS INN (Lifetime)
Starring: Tia Mowry-Hardict, Jackée Harry and Tim Reid (Sister, Sister), plus Rob Mayes (Mistresses) and Erin Gray (Silver Spoons)
Logline: Jen Taylor (Mowry-Hardict) is about to score a big promotion at the San Francisco ad agency where she works. But her life is unexpectedly turned upside down when she inherits a cozy inn in Alaska from her aunt. When she goes to inspect the property, she meets handsome town attorney Steve Anderson (Mayes). 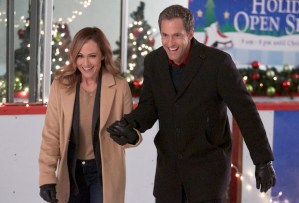 8 pm REUNITED AT CHRISTMAS (Hallmark)
Starring: Nikki DeLoach and Mike Faiola (Awkward)
Logline: Samantha Murphy’s beloved grandmother plots from beyond the grave to bring the family together for one more hometown Christmas. When Samantha’s boyfriend, Simon, proposes marriage and she accepts in front of her entire family, Simon is forced to play out an uncomfortable charade when Samantha admits she spoke too soon. 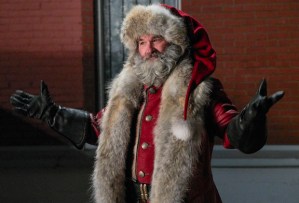 3 am THE CHRISTMAS CHRONICLES (Netflix)
Starring: Kurt Russell (The Hateful Eight), Darby Camp (Big Little Lies), Judah Lewis (Game of Silence), Kimberly Williams-Paisley (According to Jim) and Oliver Hudson (Splitting Up Together)
Logline: From producer Chris Columbus (Home Alone) comes the story of a brother (Lewis) and sister (Camp) who plan to catch Santa Claus (Russell) on camera on Christmas Eve. What follows is an unexpected journey that most kids could only dream about. 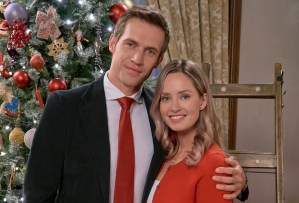 8 pm CHRISTMAS AT THE PALACE (Hallmark)
Starring: Merritt Patterson and Andrew Cooper (The Royals)
Logline: Former pro ice skater Katie (Patterson) is hired by the king of San Senova (!) to help his daughter in a Christmas ice skating performance. As Katie spends time in the castle and with the king, she and Alex begin to develop feelings for each other and ultimately fall in love. But will the tradition-loving people of San Senova allow their king to make a foreigner their queen? 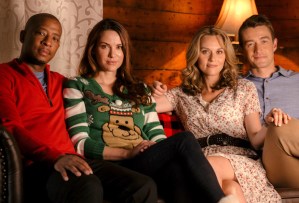 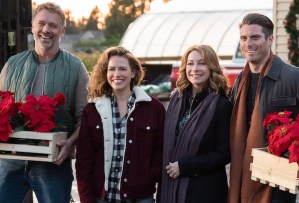 8 pm POINSETTIAS FOR CHRISTMAS (Lifetime)
Starring: Bethany Joy Lenz (One Tree Hill), Marcus Rosner (When Calls the Heart), Lauren London (The Game), Sharon Lawrence (NYPD Blue) and John Schneider (The Dukes of Hazzard)
Logline: It’s just weeks before Christmas when Ellie (Lenz) gets a call to return home to help her father (Schneider) on the family’s poinsettia farm. The business is on the line to deliver tens of thousands of plants for the town’s annual parade. The problem is – the poinsettias have yet to turn red! There, she falls for a local botanist (Rosner). 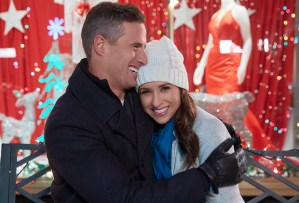 8 pm PRIDE, PREJUDICE AND MISTLETOLE (Hallmark)
Starring: Lacey Chabert (Party of Five) and Brendan Penny (Chesapeake Shores)
Logline: Successful businesswoman Darcy (Chabert) returns to her hometown for Christmas, where she reconnects with an old rival (Penny) and mends her relationship with Dad. 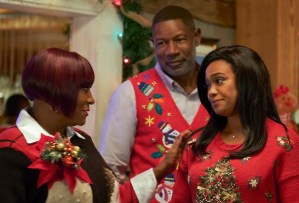 8 pm CHRISTMAS EVERLASTING (Hallmark)
Starring: Tatyana Ali (The Fresh Prince of Bel-Air), Dondre T. Whitfield (Queen Sugar), Dennis Haysbert (24) and Patti LaBelle (Greenleaf)
Logline: Lucy gets the best Christmas news ever when she learns she’s made partner at her law firm. However, when her sister with special needs passes away, Lucy must return home to learn the terms of her sister’s eccentric will. 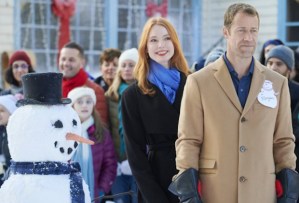 9 pm CHRISTMAS ON HONEYSUCKLE LANE (Hallmark Movies & Mysteries)
Starring: Alicia Witt (The Exorcist) and Colin Ferguson (Eureka)
Logline: Emma returns home to celebrate Christmas for the last time with her siblings in the house they grew up in. After their parents’ recent passing, the siblings reluctantly agree to sell the family home on Honeysuckle Lane, leaving Emma in charge of its belongings. There, she find a hidden surprise that takes them on a journey to discover the power of love and family during the holidays.

10 pm CHRISTMAS HARMONY (Lifetime)
Starring: Kelley Jakle (Pitch Perfect), Chandra Wilson (Grey’s Anatomy), Adam Mayfield (All My Children) and Sally Struthers (Gilmore Girls)
Logline: Soft-spoken Harmony (Jakle) is used to living in the shadow of her pop star boyfriend, but when he breaks up with her right before the holiday season, she returns to her quaint hometown to discover the heart and music that her big city life has been missing. 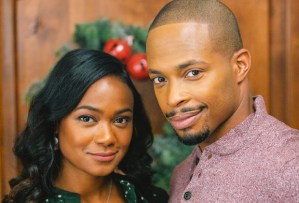 8 pm JINGLE BELLE (Lifetime)
Starring: Tatyana Ali (The Fresh Prince of Bel-Air), Cornelius Smith Jr. (Scandal), Loretta Devine (The Carmichael Show), Valarie Pettiford & Obba Babatunde (Half & Half), and Keshia Knight Pulliam & Tempestt Bledsoe (The Cosby Show)
Logline: Every year, Isabelle (Ali) and her high school sweetheart Mike (Smith Jr.) rocked their small town’s annual Christmas Eve Pageant with a sweet Christmas duet. Years later, Isabelle returns to her hometown to write music for the pageant, and she is shocked to learn that Mike is the one directing the show. 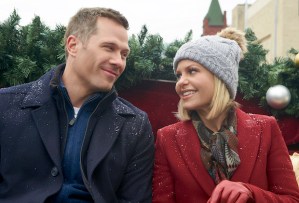 8 pm A SHOE ADDICT’S CHRISTMAS (Hallmark)
Starring: Candace Cameron Bure (Fuller House), Luke Macfarlane (The Night Shift) and Jean Smart (Legion)
Logline: Department store worker Noelle (Bure) accidentally gets locked in after closing on Christmas Eve. There, she is visited by a quirky woman (Smart) who says she’s her guardian angel. Soon, Noelle finds herself revisiting Christmases past, present, and future as she must work with her new neighbor — a handsome, Christmas-loving firefighter — to plan the annual holiday charity gala.

9 pm A WEDDING FOR CHRISTMAS (ION)
Starring: Vivica A. Fox (Empire) and Cristine Prosperi (Degrassi)
Logline: A Los Angeles wedding planner returns to her hometown to plan her sister’s Christmas Day wedding, where she fall for one of sister’s childhood pals.

9 pm THE TRUTH ABOUT CHRISTMAS (Freeform)
Starring: Kali Hawk (New Girl), Damon Dayoub (Stitchers) and Ali Ghandour (Alone Together)
Logline: Successful political consultant Jillian (Hawk) has an unusual confrontation with a toy store Santa, resulting in a drastic change where she can’t stop herself from wildly spilling the truth. She must then find a way to make it stop before her holidays, her job and her relationship are ruined.

10 pm CHRISTMAS PERFECTION (Lifetime)
Starring: Caitlin Thompson (This Is Us)
Logline: A control freak is magically transported into her idea of the perfect Christmas Village, where she learns that “perfection” isn’t all that it’s cracked up to be.