Question: I loved Amazon’s Homecoming. Do you know who is — and isn’t — returning for Season 2? —Kim
Ausiello: Given the prominence of Hong Chau’s Audrey Temple in the Season 1 finale’s post-credits sequence, I think it’s safe to assume the Geist Group’s stealth exec will be returning in a big way for the already-ordered second season. Even the series’ notoriously tight-lipped EP Sam Esmail conceded to my colleague Dave Nemetz that the bonus scene was “a hint of things to come.” And I hear producers want to bring back Bobby Cannavale’s smarmy Colin Belfast in some capacity (his busy schedule permitting). The Season 2 status of Julia Roberts and Stephan James, meanwhile, remain open questions, although the former does not currently have a deal in place to return as Heidi.

Question: Walking Dead midseason finale spoilers — I want. You got? —Jer
Ausiello: Do I. Sunday’s suspenseful “Evolution” (AMC, 9/8c) not only turns the Whisperers subplot up to the volume of screams, it reveals a new romance and unleashes a threat that our fractured family of survivors might have liked to think was well behind them. 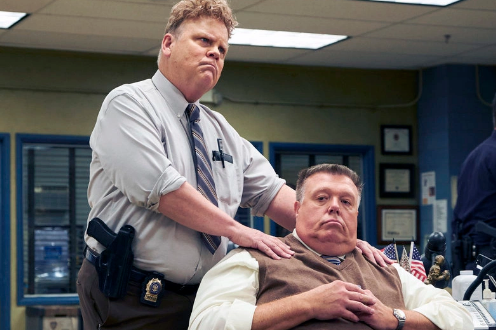 Question: Do we know if Brooklyn Nine-Nine‘s Scully/Hitchcock episode will for a fact feature flashbacks? —Richard
Ausiello: Yes, the anticipated Season 6 outing — slated to air on Jan. 17 — will unspool “some very satisfying flashbacks,” confirms showrunner Dan Goor. “The last flashback [at] the end of the episode is the best.” Goor adds that longtime fans will be “very surprised to learn their histories,” which will inform “how they became who they’ve become.”

Question: Any plans for Gina Rodriguez to return to Brooklyn Nine-Nine? I loved her and Stephanie Beatriz together. —Janine
Ausiello: Regardless of whether Rodriguez’s Alicia returns (and that remains very much up in the air at this moment in time), B99 will not be putting Rosa’s love life on the backburner in Season 6. Teases Beatriz: “I think particularly our LGBTQ audience will be really happy with the developments, and that’s all I can say.”

Question: Is it too soon for scooplets on the next season of Fear the Walking Dead? — Bailey
Ausiello: You’re timing couldn’t be better, actually. I’ve just caught wind that Morgan’s band of good Samaritans will be growing by one in Season 5. The show is currently on the hunt for a 40ish actress to play the recurring role of a tech-savvy survivor whose sense of humor will make her a natural to fall in with Sarah, Wendell, et al.

Question: What are you hearing about a Camping renewal? —Tracey
Ausiello: It’s a moot point because Jennifer Garner’s TV comeback was always billed as a one-and-done series and I hear HBO does not intend to bend the rules (a-la Big Little Lies) and commission a second season.

Question: What’s coming up on Chicago PD? —Carlynn
Ausiello: It’s finally happening! The question of how Burgess will react if/when she learns about her ex Ruzek’s relationship with Upton will be at the center of Episode 14. “In many ways, the entire episode is dedicated to that situation,” showrunner Rick Eid reveals. BONUS SCOOP: Antonio’s “potential [painkiller] addiction puts someone he loves in peril” in the Dec. 5 fall finale, Eid teases. 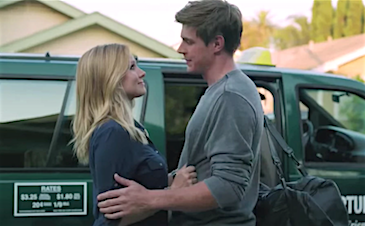 Question: I know the Veronica Mars movie pretty much wrapped up Piz’s story but I’d still like to see Chris Lowell turn up in the Hulu limited series. Any chance of that happening? —Gilbert
Ausiello: I’m told that, as of now, Piz is not slated to turn up in the eight-episode revival.

Question: Can you tell me when Brianna is going back through the stones on Outlander? — Deborah
Ausiello: I’m gonna toss this Q over to TVLine’s chief Outlander correspondent Kim Roots: “Starz has made it pretty clear that we’re not supposed to say when — or if! — Brianna will join her mother in the 18th century. (In fact, even letting on that I know who Brianna is, or that Outlander is based on books that have been out for decades, is dicey. The risks I take for you, Deborah!) But psst, come closer: If I were to know who Brianna was and if she did take a tumble through time, I might be able to hint that perhaps a scene in which she meets someone doesn’t go exactly as readers might think it would. Tell no one!”

Question: Anything on Schitt’s Creek — the holiday special or Season 5? —Kevin?
Ausiello: The insta-classic holiday ep finds Johnny trying to embrace Christmas for the first time since the Roses were forced to plant roots in Schitt’s Creek — and his family reacting to his festive suggestions as if they’d been served eggnog that hadn’t been spiked. On the bumpy road to a spectacularly happy ending — you’re for sure gonna be reduced to tears along with one of our favorite characters — there are flashbacks to the lavish Rose holiday parties of yore, a peek at the Rosebud Motel’s unique selection of decorations, and a chance for sweet Twyla to serve up a Christmas miracle. Oh, and looky here — it’s an exclusive first look at the episode! 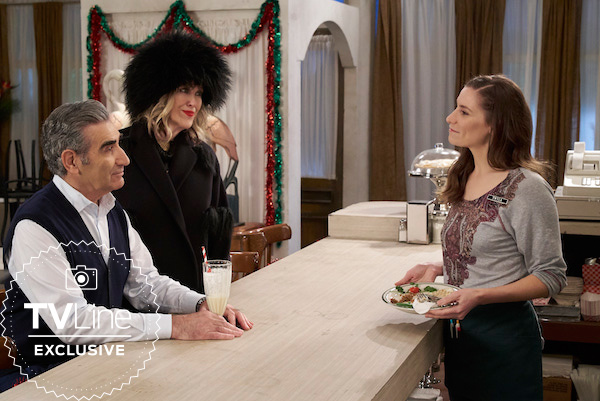 Question: Will we get any more scenes between Manifest‘s Michaela and Lourdes? —Hollie
Ausiello: Let’s certainly hope so, in the wake of last week’s cut-short dinner-for-three and now knowing that Jared and Lourdes are hoping to soon start a family. As Melissa Roxburgh said of this week’s baby-planning reveal, “It’s definitely something that ramps up everyone’s tipping point!”

Question: Can we expect to see Kol, Rebekah, Marcel, Vincent, Caroline or any other past Vampire Diaries/Originals characters joining Legacies? —KoS
Ausiello: I wouldn’t hold my breath for any unannounced faces in the near future, but would you settle for nostalgic locales? “We’re on the same stages, so there are a couple of sets from The Originals that we’re going to revisit very soon,” star Danielle Rose Russell teases. “In a few more episodes, you’ll see some very familiar locations.” 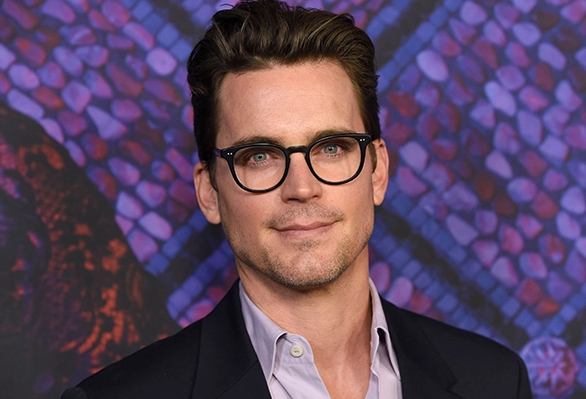 Question: Is it true that Matt Bomer is now doing four episodes of Will & Grace? —Joel
Ausiello: It is indeed the opposite of false. Bomer’s stint as a romantic foil for Eric McCormack’s Will was initially conceived as a one-off, but producers were so enamored with the White Collar vet that they are expanding it into a four-episode arc. “[Will] makes a fool of [himself] trying to get to him in the first episode,” McCormack previews. “When [Will] realizes how shallow he is, he basically says, ‘You’re not for me’ — and no one’s ever told him that before.” And that was originally supposed to be the end of the story. But, as a result of his extended stint, Bomer’s character starts “pursuing [Will] because he’s the first person who ever said no to him. They changed the ending and he starts to pine for me because I’m the one guy who told him no, which is great.”

Question: Can you tell us if Castiel will be in Supernatural‘s 300th episode? Anyone else we’ll be excited to see? —Shannon
Ausiello: The answer to your first question is you betcha. “There’s a little bit of time travel that comes into play in the 300th episode, and we’ll see a different version of Cas,” his portrayer Misha Collins reveals. As for whether any familiar faces will return for the milestone installment, executive producer Brad Buckner would only say with a smile, “Maybe.”

Question: Big fan of Supergirl‘s SuperCorp here. Please tell me that Lena’s little experiments won’t ruin her friendship with Kara. —Angela
Ausiello: Come on, Angela, that friendship is practically built on secrets! That said, your instincts are correct — when Kara does eventually learn of her pal’s side project, it won’t be pretty. “What’s so fun about exploring a [Luthor/Super] relationship is the slow burn of it,” Supergirl‘s titular star Melissa Benoist says. “In the way that Lex Luthor and Clark Kent were friends before they were enemies, I love that we’re telling that story, too.” 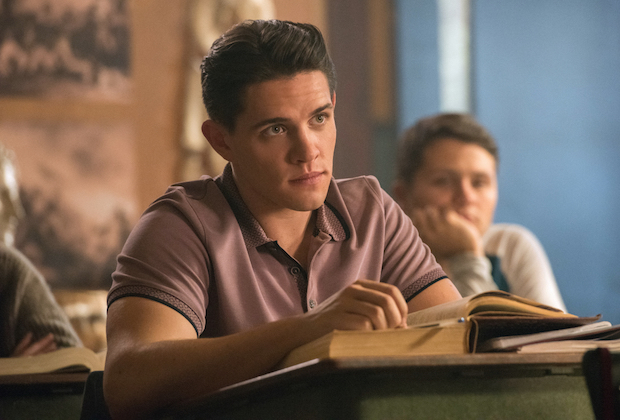 Question: On Riverdale, it’s been a while since we have seen Kevin and Moose interact. Is there anything coming up with them? —Nick
Ausiello: I’ll let Casey Cott (aka Kevin) take this one: “It [comes] to a head. I would say halfway through Season 3, we get to dive into that. Kevin kinda stands up for himself a bit, and Moose has a decision to make… In typical Riverdale fashion, it’s extremely dramatic.”

This AAnd That…
♦ THE RESIDENT: Monday’s fall finale ends with not one, but two major cliffhangers — and the word “cliffhanger” should be used literally in at least one of those cases. Also, the Devon/Priya/Julian love triangle will come to a head at exactly the wrong time.
♦ THE MARVELOUS MRS. MAISEL: I’ve seen the first five episodes of Season 2 (bowing Dec. 5) and I can report that Telephone Switchboard Operator will be one of several amusing new hats Midge will be wearing at B Altman in Season 2. Also, the Paris-set sequences are — not surprisingly — stunning. Jaw-droppingly so.
♦ CHICAGO FIRE: Showrunner Derek Haas tells TVLine he is convinced that the ending of the Dec. 5 fall finale is “going to have every viewer angry at me.” On a potentially related note, there’s trouble ahead for Kidd and Severide, the latter of whom “doesn’t handle things falling apart around him well” and usually “ends up wrecking things,” as a result, Haas notes, before adding, “It was hinted at [in the last episode], and you’ll see more of it in the finale. He’s not very good at expressing his feelings.”
♦ HOUSEKEEPING NOTES: Happy Thanksgiving! (I guess that’s really just a housekeeping note.)