“Our hearts are broken,” Mowry-Housely and her husband, Adam Housely, said in a statement. “Alaina was an incredible young woman with so much life ahead of her and we are devastated that her life was cut short in this manner. We thank everyone for your prayers and ask for privacy at this time.”

The Real, the Warner Bros/Telepictures daytime talker on which Mowry-Housely serves as a cohost, issued a statement on Thursday afternoon (seen below), expressing heartbreak over the “senseless tragedy” and offering condolences to the victims’ families.

The shooter, U.S. Marine Corps veteran  Ian David Long, began opening fire at the Borderline Bar & Grill late Wednesday night using a .45-caliber Glock outfitted with an extended chamber to hold more than 10 rounds. Also among the dozen people he killed, before winding up dead himself (possibly by suicide), was Sgt. Ron Helus, a 29-year veteran of the Ventura County Sheriff’s department who had confronted the gunman. 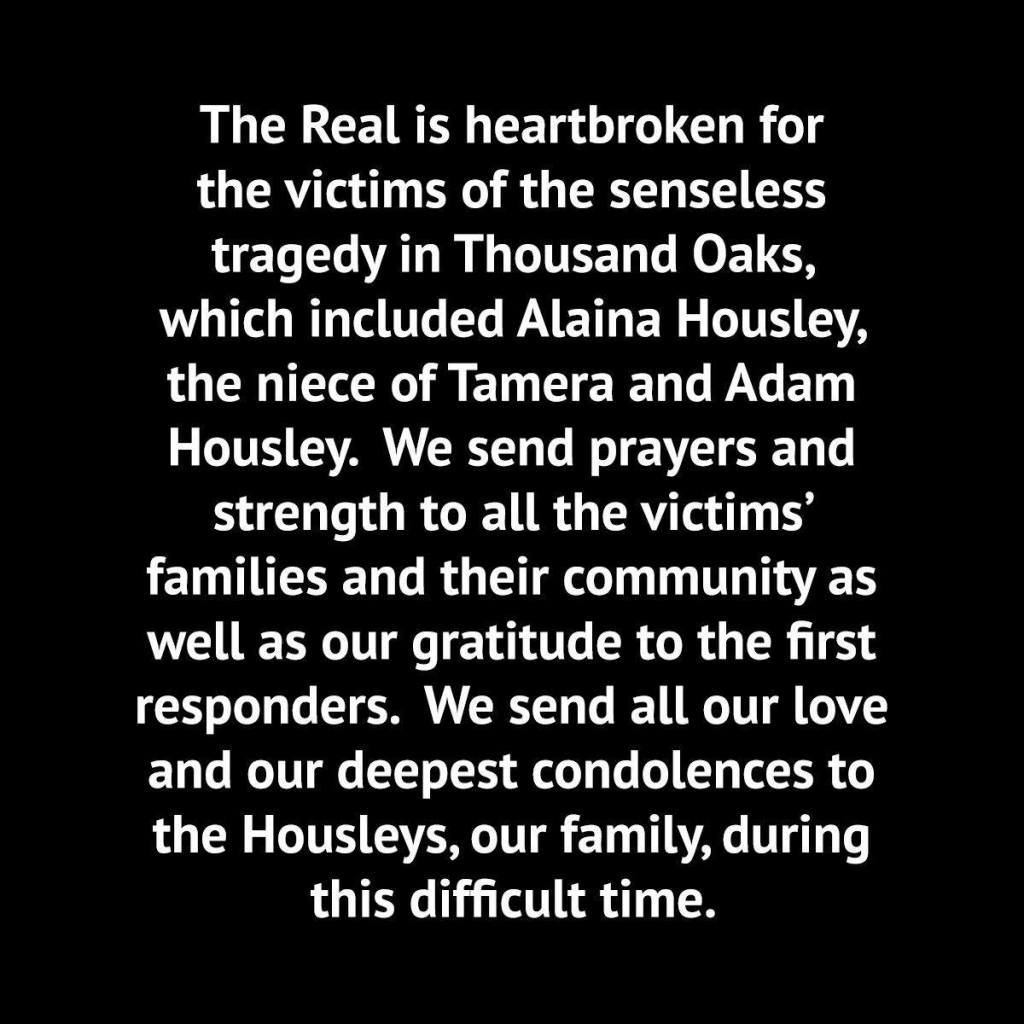