Nearly two decades after helping Lindsay Lohan(‘s character) get her life back together in the movie Life-Size, everyone’s favorite bright-shining toy is back for round two. Tyra Banks reprises the role of fashion doll Eve in Life-Size 2 — premiering Sunday, Dec. 2 on Freeform — for which we finally have an extended trailer.

Just like the original movie, Life-Size 2 stars Banks as Eve, a Barbie-esque doll that magically comes to life in order to help someone — in this case, a toy company CEO named Grace (played by grown-ish‘s Francia Raisa) — but as you’ll see in the trailer, Eve’s help isn’t always wanted (unless Grace calling Eve crazy and kicking her out of her house is secretly a sign of endearment). The movie’s cast also includes Gavin Stenhouse, Shanica Knowles, Hank Chen and Alison Fernandez. 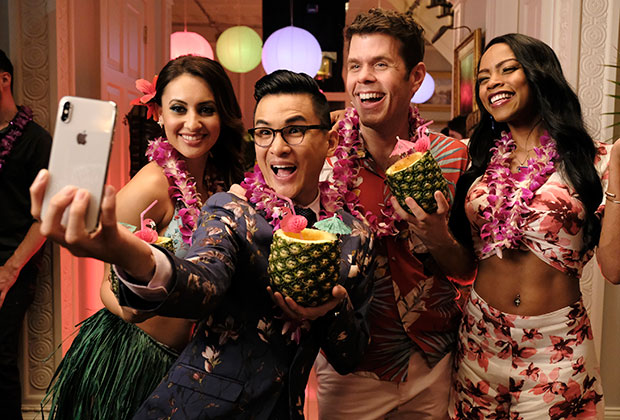 And although Lohan isn’t going to appear in the movie — she was busy filming her MTV reality show Lohan Beach House while Life-Size 2 was in production — Banks tells EW, “There’s something beautiful we do with Lindsay in this movie that’ll speak to die-hard fans. I can’t say how, but you will see something!”

Hit PLAY on the video about to watch the extended Life-Size 2 trailer, then drop a comment with your thoughts on the long-awaited sequel below.