Will This Is Us flashbacks keep Beth on her toes? Is Blindspot staging the ultimate internal struggle? Is NCIS under attack? Which Flash star is taking time off? Read on for answers to those questions plus teases from other shows.

Anything on This Is Us‘ Beth-centric episode? –Malasha
Only that casting is currently underway for an 18-year-old version of Beth, to appear in this season’s 13th episode — and ballet training is a requirement, hmmm….

Will we see more of how This Is Us’ Miguel and Rebecca got together? —Anna
The short answer: unclear. The long answer, courtesy of co-showrunner Elizabeth Berger: “We’ll definitely learn more about Miguel this season, potentially seeing more of his family members that we haven’t gotten to know yet. We’re excited to see the other side of his world.” So… that might include his courtship with Rebecca? 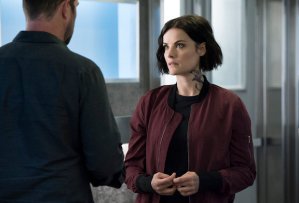 Blindspot’s Jaimie Alexander has said that this season will feature a fight scene between Jane and Remi, like in Season 2. Anything on that? –Maite
“It’s true!” affirms show boss Martin Gero. “Eventually there will be a major showdown between Remi and Jane. How we do that is still kind of a secret, but it’ll happen sooner than you think!”

Anything on Manifest‘s Michaela and Jared getting back together? –Elyse
“The will they/won’t they tension is growing between Michaela and Jared, but we’ll come to find that Lourdes is no pushover,” showrunner Jeff Rake tells Inside Line. “Just because she’s reestablishing a friendship with Michaela doesn’t mean she’ll give up her man.” In fact, “Lourdes will hint at some game-changing news in an upcoming episode that sidelines any steps Michaela might have taken to win Jared back.”

My husband and I watch The Flash and we’ve noticed that Jesse L. Martin has been sitting down in all of his scenes. Are we crazy or is he injured? –Rachel
No, you are not crazy but perceptive – though this week we did see Joe leaning in a doorway at the CCPD. I’m hearing that Martin suffered a back injury over the hiatus. In fact, a studio rep confirms for TVLine that the actor will be taking a medical leave from the CW hit, adding: “We wish him a full and speedy recovery and look forward to his return as Detective Joe West.” (It’s unclear at this time exactly when and for how long Joe’s absence will be felt on screen, but sources tell me it will be addressed at some point.)

Any chance I can con any info out of you on Sneaky Pete Season 3? I’ll take anything you’ve got, even if it’s only so much as a release date. –Matt
Production on Season 3 is underway, I can confirm, but there is no timetable to report yet for its Amazon release. 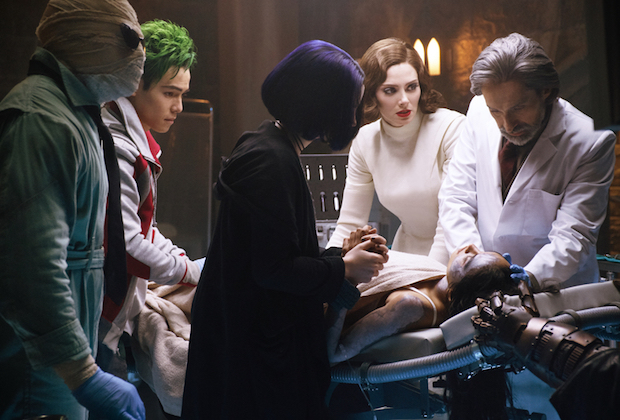 Have you got any info on TItans? –Ben
This Friday’s episode of the DC Universe team-up series introduces Doom Patrol, and thus offers a solid showcase for Beast Boy. “That’s his surrogate family,” Ryan Potter, who plays Gar, notes. “ElastiGirl is his surrogate mother, Robot Man is kind of like his older brother…. Negative Man is kind of like my uncle….” You get the picture.

How many episodes into Outlander Season 4 (premiering Sunday, Nov. 4) can we expect for a certain person to travel through a particular stone? –Stephanie
Starz is verra strict about what we can and can’t say regarding your query, so let’s leave it at this: The event you reference won’t happen before Thanksgiving.

On Supernatural, I am so worried about Jack’s illness. Is it supernatural or a good ol’ human sickness? Is Jack next on Billie’s hit list ? –Jess
“I think we will see Billie at least once,” EP Eugenie Ross-Leming recently told TVLine, so take that as you will. And whatever’s going on with Jack’s health, it won’t stop him from hunting with Cas. “You’re going to see them together more and more, even going off and working some cases together as Cas takes Jack a little more under his wing — literally and metaphorically,” showrunner Andrew Dabb shares. “It’s a growth opportunity for both of them. Jack needs a parental figure,” while Cas for a couple of seasons “has been looking for a role to grow into,” Dabb says. “He’s tried out a lot of different things, from soldier to administrator to hunter. None of them have quite stuck. For him, Jack is really an opportunity to maybe grow as a father figure. It’s something that Misha [Collins] is very, very good at playing, being a father himself.” 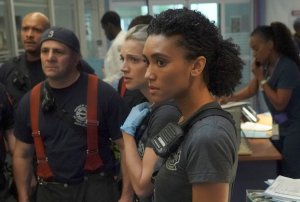 When will Chicago Fire‘s Annie IIonzeh be added to the main cast? I heard she was going to be a series regular…. –Max
IIonzeh started Season 7 as recurring, but now is a series regular. As for her character, watch for Emily Foster to make a connection with Severide.

The most important question for Legends of Tomorrow: Will Beebo, The One True God, make an appearance this season? – Jeff
Aside from appearing as some sort of app icon this week, “I don’t think we’ve seen him yet,” Caity Lotz told us around the time she was filming Episode 8. “But I would imagine that we will.” Until then, will Arrow‘s Curtis beholding a Beebo plush suffice?

Is it too soon to ask about Burden of Truth Season 2? —Abbie
Season 2 picks up a year later, with Joanna and Billy “settled into their new lives — her at the new firm in Winnipeg, having reclaimed her own identity, and Billy having moved to the outskirts of Millwood, seeking some real solitude,” star Peter Mooney reveals. But when a corporate-turned-criminal case brings the lawyers back together, “Billy and Joanna find themselves even deeper into a world and even closer to some potential dangers in Season 2,” the actor teases. Bonus scoop: With the addition of Andrew Chown (Beauty and the Beast, Reign) as Billy’s brother Shane, “we get to see a lot of the skeletons in Billy’s closet,” Mooney shares. 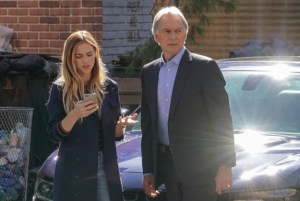 Is anyone leaving NCIS this season? –Carolyn
It may depend on what comes of this development: Sources tell me that midway through the season, the Secretary of Defense will be out for blood upon learning that Gibbs’ team defied his wishes, breaking the law in the process. As a result, the D.C. team may land under the microscope, much as their Los Angeles- and New Orleans-based brethren have.

Can you give me any scoop on Arrow on episodes to come? Particularly anything on Olicity and their reunion? —Sheena
Oliver and Felicity reunited this Monday night, at the TVLine Halloween party!

Real questions get real answers! If you need the Inside Line on a favorite show, email InsideLine@tvline.com! (With reporting by Kim Roots and Vlada Gelman)