The CW’s new Charmed reboot has its fair share of critics — but Shannen Doherty is not among them.

Doherty, who played Prue Halliwell in three of the original drama’s eight seasons, stood behind the new version during a Q&A at Comic-Con Paris.

“I have seen a lot of people be very mean and very negative and cruel to the new show and the new cast,” Doherty began, after the mere mention of The CW’s reboot drew boos from the crowd. “I want to remind everybody that these are three girls who just want to act. They got a huge opportunity, and I would implore everybody to be a little bit kinder.”

Doherty went on to speak about the reboot’s “positive, good influence,” adding that “this is a show about three strong women again… I know that it may not be your Charmed, but you should all really pat yourselves on the back and congratulate yourselves, because you’re the most loyal, amazing fans in the world. And because of you, you made it a show that a younger generation wants to see.” 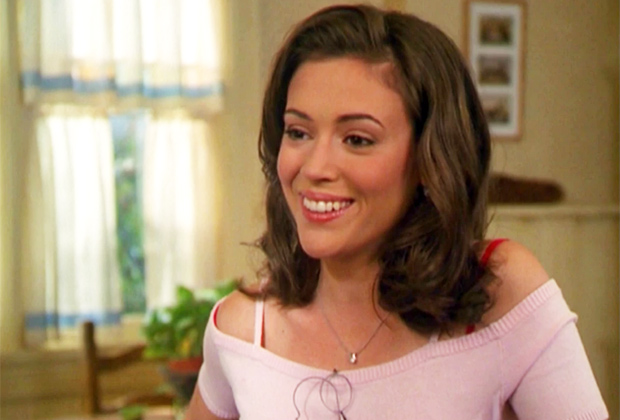 She continued: “You have to think about what Charmed did for you when it was on and think about what that’s going to do for a new generation. Embrace it, you guys. It’s doing well, ratings-wise, and it’s employing over 200 people.” (Having dipped both weeks since its launch, Charmed is thus far averaging 1.33 million total viewers and a 0.42 demo rating, ranking fifth and fourth among all CW shows.)

Doherty has had kind words for the Charmed reboot since it was first announced. She came to the project’s defense back in January, saying that she was “intrigued by the idea that a new generation might be comforted.”

Original Charmed star Holly Marie Combs, meanwhile, has been critical of the new version from the start. After The CW placed a pilot order for the reboot, she tweeted that Charmed “belongs to the four of us, our vast amount of writers, crews and predominantly the fans. You will not fool them by owning a title/stamp. So bye.”

Update: Similarly, fellow original cast member Alyssa Milano has called the reboot a “hurtful situation,” saying, “It’s hard for us to see something that we loved so dearly then be taken from us in a way that had absolutely nothing to do with anything that we had done and created…. [T]he only reason why the show is able to have a reboot is because of the relationships we created.”

New episodes of Charmed air Sundays at 9/8c on The CW.