THE SHOW | The Haunting of Hill House

THE PERFORMANCE | While so much of The Haunting of Hill House‘s buzz has surrounded its adult stars, we’d be remiss if we didn’t recognize the work of the series’ standout younger cast, as well. Lulu Wilson, Mckenna Grace, Paxton Singleton, Julian Hilliard and Violet McGraw — the child incarnations of Shirley, Theo, Steven, Luke and Nell, respectively — are strong throughout all of Season 1’s 10 episodes. Their interactions with each other and with their on-screen parents feel authentic and lived-in, creating a believable family dynamic on which writer/director Mike Flanagan lays multiple layers of terror.

Though each of the child actors has a standout moment in the season — Wilson’s wide-eyed take on Shirley’s desire to help the stranded kittens, for instance, or McGraw’s precocious equilibrium as Nell sits next to her blood-drenched father as he waits for the police — we’d like to single out the younger set’s work in Episode 6.

The hour is composed of several continuous shots, a format challenging to an actor of any age. And the script requires the kids to go from wariness about the sudden storm to an explosion of outright horror after having several ghostly encounters in the night, in the dark.

Grace and Wilson gave off a quietly disturbed vibe as Theo and Shirley tried to process what they’d seen. Singleton made Steven a reassuring presence for his siblings. McGraw’s breathless panic when Nell was recovered was terrifying. And Hilliard’s earnest worry for Luke’s twin sister was note-perfect.

In short: We care so much about the Crain children as adults because the actors playing their younger counterparts did their job — and were scary-good at it. 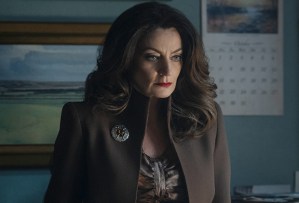 HONORABLE MENTION | Whether she’s working the halls of Baxter High like her own personal runway, or twirling her proverbial mustache while lurking in the shadows, Michelle Gomez is an absolute delight as Sabrina Mentor’s mysterious mentor Mary Wardwell on Netflix’s Chilling Adventures of Sabrina. Inherently one of the show’s more eccentric characters, Gomez adds an additional cartoonish flair (in the best way!) that makes unraveling her mystique all the more fun. She also knows just when to flip the switch from comedy to drama, making her equal parts fun and fearsome. And although she’s a woman of few words, she always knows the right ones to say. (“Girls, girls, let’s not be catty bitches!”) 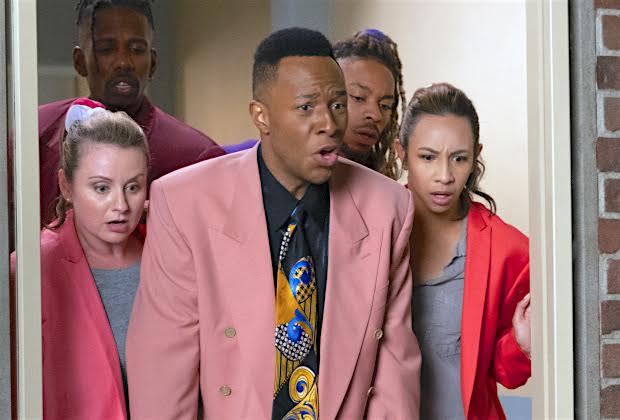 HONORABLE MENTION | Burl Moseley has only had a handful of lines so far on Crazy Ex-Girlfriend as Rebecca’s law firm colleague Jim, but this week, he was handed a sensational spotlight with the instant-classic musical number “Don’t Be a Lawyer,” an irresistible ’90s R&B throwback jam that warns listeners against pursuing the legal profession. Moseley was a true triple-threat, singing in a honey-sweet voice and showing off some vintage Bobby Brown moves in an oversized salmon blazer while hilariously detailing how being a lawyer is “a guaranteed soul-destroyer.” (“The job is inherently crappy/That’s why you’ve never met a lawyer who’s happy!”) Crazy Ex‘s cast is packed with wildly talented musical theater performers, and Moseley stepped up to give us one of the show’s catchiest songs yet — as well as a nice reminder that we made the right decision not going to law school. 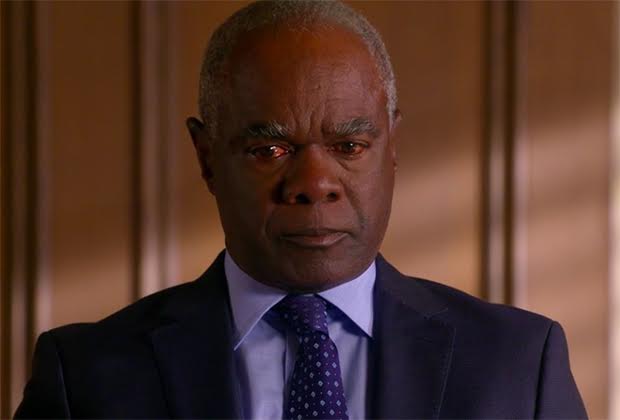 HONORABLE MENTION | Some of the best performances on How to Get Away With Murder have come from the show’s guest stars, and after Thursday’s episode, Glynn Turman is a worthy addition to that list. In only a handful of scenes, Turman stole the show as Nate Lahey Sr. stood trial for murder. He was particularly devastating when Nate Sr. took the witness stand, detailing for the jury how his time in solitary confinement made him go insane. Nate Sr. compared himself to “a bomb fixin’ to explode” while in the SHU, and that seems like an apt description for Turman, as well, as he held back tears and fought through the breaks in his voice. His character was only on the stand for a few minutes, but Turman turned that courtroom scene into one of the series’ most indelible moments.