Like it or not, Friends From College is coming back. Netflix has announced that the polarizing comedy will return for Season 2 on Friday, Jan. 11, 2019 — nearly 18 months after the release of Season 1.

The official logline clears up why any of these people would agree to be in the same room together following the events of the Season 1 finale. According to the official logline, a year has passed since Ethan (Keegan-Michael Key) and Sam (Annie Parisse) were revealed to be having an affair. Since then, Ethan’s estranged wife Lisa (Cobie Smulders) has been M.I.A., while Sam has been trying to salvage what’s left of her marriage to Jon (Greg Germann).

Max (Fred Savage), meanwhile, has reunited with on-again/off-again boyfriend Felix (Billy Eichner). When the couple announces that they’re getting married, the fractured friend group is forced to reunite for the engagement party, the bachelor party and the wedding.

As previously reported, Sarah Chalke (Scrubs) will recur in Season 2 as fellow former classmate Merrill, who reconnects with ex-boyfriend Nick (Nat Faxon) at a party.

In addition to a return date, Netflix has also released the first footage from Season 2, which finds Max and Felix discussing what may come of reuniting Max’s friends. (The accompanying montage proves that it’s probably a huuuuuge mistake.)

Will you binge-watch the new season of Friends From College, or was one season more than enough? Press PLAY on the video above, then scroll down to view the Season 2 key art. 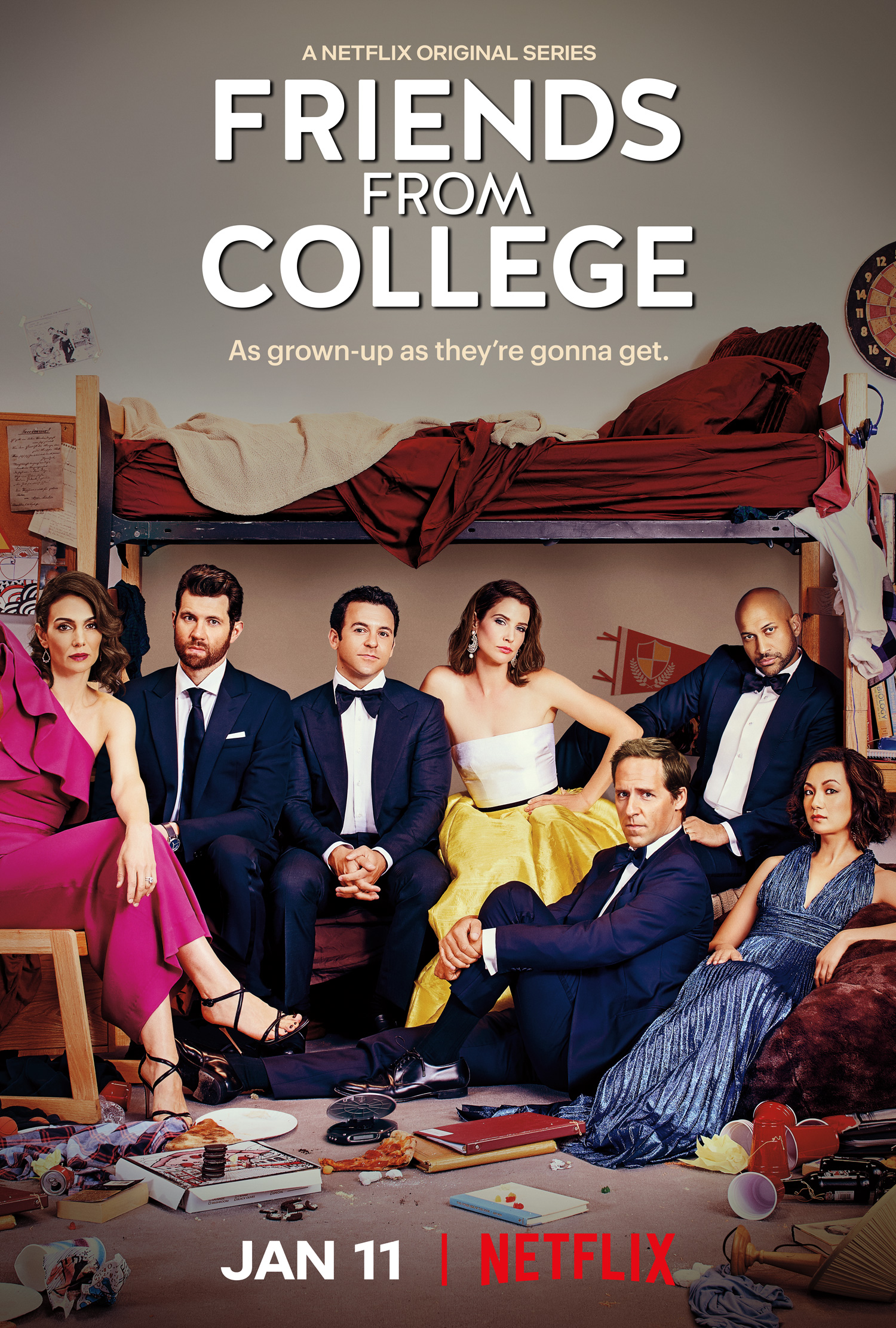