THE PERFORMANCE | What do you do when your ethical framework — the foundation on which you’ve built your entire life — evaporates before your eyes in an instant? If you’re The Good Place‘s Chidi, you absolutely lose your s—t… and Harper was terrific this week as a disillusioned Chidi tumbled into a hilarious pit of nihilistic despair.

Chidi’s mind was blown to bits when he learned that he and the other humans had actually died, and were now definitely headed to the Bad Place since their knowledge of the afterlife had corrupted their ethical progress. Harper added a heavy dash of chaos to the normally analytical Chidi as he struggled to process this news, sullenly tossing off depressing Nietzsche quotes and wandering aimlessly (and shirtlessly) through a grocery store. Chidi may have been miserable, but it was a blast to watch Harper so fully embrace his character’s downward spiral, cooking up a disgusting pot of marshmallow Peep chili for his philosophy students while cheerfully telling them that “the world is empty, there is no point to anything and you’re just gonna die. So do whatever!”

The Good Place‘s acting ensemble is so uniformly strong, top to bottom, that we often end up taking Harper for granted. But thankfully, this week’s wildly entertaining showcase reminded us that Harper can be just as dynamic, and funny, as anyone else in that cast. Now where can we get that “Who, What, When, Where… Wine!” T-shirt? 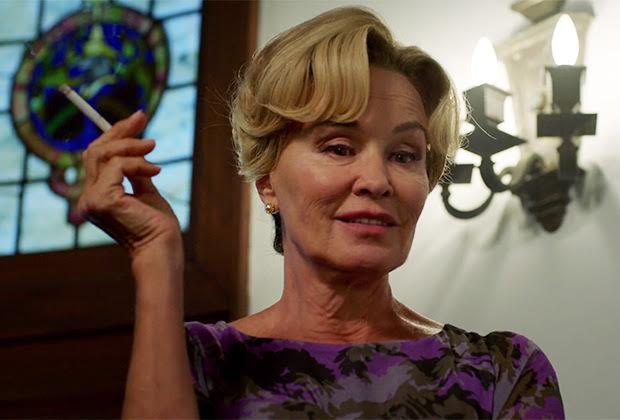 HONORABLE MENTION | Jessica Lange returned to American Horror Story on Wednesday, and from the moment she appeared atop the stairs (“I’m Constance Langdon — and this is my f–ing house”), she immediately reestablished herself as the fiercest force of nature this franchise has ever seen. Whether she was muttering shade under her breath, or hurling it overtly at her eternal nemesis Moira, she owned every second of screen time afforded to Constance. It was the kind of sharp, unforgettable appearance that Guest Actress Emmys are made of. (And let’s hope that’s enough to woo her back for next season.) 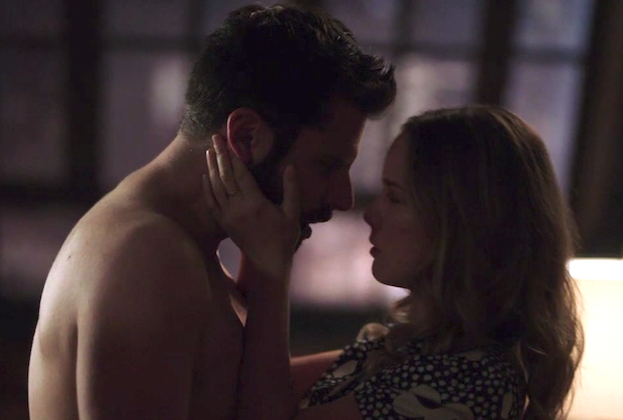 HONORABLE MENTION | Wednesday’s A Million Little Things gave us one of our first extended looks at Gary, minus his sarcasm… and his shirt. We liked what we saw. James Roday is great with his character’s one-liners and easy affability, but it wasn’t until Gary dropped his defenses — and finally revealed his surgery-scarred chest to an upset Maggie — that we got a true sense of how he feels and who he is. Roday didn’t even have to say much; the warring compassion and fear that showed on his face just before Gary shrugged off his shirt spoke volumes. We can’t wait until that couple’s big secret is finally out in the open, because it means there’s even meatier, more emotional stuff coming Roday’s way. 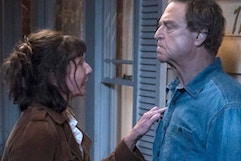 HONORABLE MENTION | Mary Steenburgen appeared only briefly in Tuesday’s rock-solid Conners premiere, but, man, did the Oscar winner make the most of her modest screen time. As Marcy Bellinger, aka the late Roseanne Conner’s prescription drug mule and — per Dan — killer, Steenburgen’s alter ego was set up as the episode’s big villain. But from the moment she appeared at the Conners’ front door, we immediately felt empathy for the opioid-addled Lanford resident. “Rosie needed painkillers — I had some,” Marcy admitted to Dan, Steenburgen’s voice filled with anguish and hopelessness, before giving way to anger. “You know what Dan? You can judge. But Roseanne called me.” And when it came time to cast this small but pivotal role, The Conners wisely called Steenburgen. Here’s hoping they ring her again.