Airing Thursday, Oct. 25 (at 8:30/7:30c), “Seven Deadly Sins and a Small Carl Sagan” welcomes back Seinfeld vet Jason Alexander as high school drama teacher Mr. Lundy. He finds himself at odds with Mary after they clash over plans for a church fundraiser.

“In strongly Christian areas at Halloween time, in response to haunted houses, they will often have something called a Hell house, which is presented to show the problems of living a life of sin and hopefully get people to come and join the church after that experience,” executive producer Steven Molaro tells TVLine. “Mary and her church are going to be attempting to put on a family-friendly version of a Hell house, and since it’s theatrical, they ask Mr. Lundy to help them put that together.”

As seen in the photos above and below, Mary and Mr. Lundy’s clash is symbolized by their costume choices, with Sheldon’s mom dressed as an angel and the drama teacher embodying the Devil himself.

Elsewhere in the episode, Georgie grows smitten with a rebellious teenage girl that Sheldon is tutoring. (We assume she’s a Who’s the Boss? fan, or else what will they ever discuss?)

Young Sheldon‘s first-ever Halloween outing will immediately follow Big Bang‘s last, featuring Howard costumed as none other than Sheldon (as seen in the photos here).

Scroll down for additional photos, then hit the comments with your reactions! 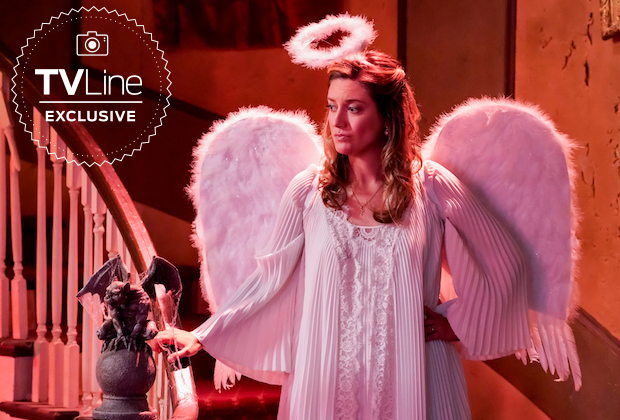 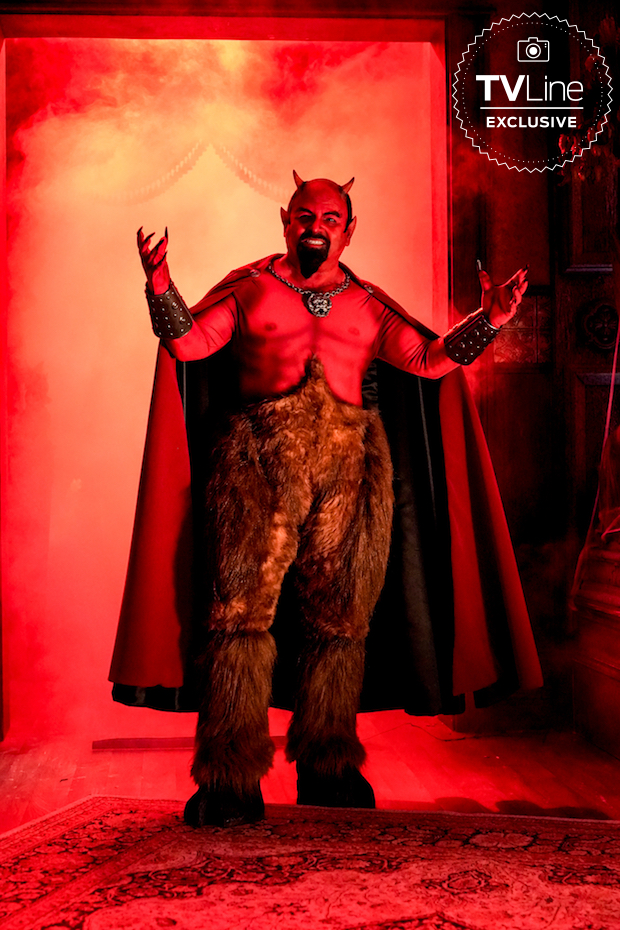