A word of advice from Chicago P.D. star Marina Squerciati: “It’s not a good idea to have two bosses,” the actress tells TVLine. Her character Burgess learns that lesson during this Wednesday’s episode (NBC, 10/9c) when CPD Deputy Superintendent Katherine Brennan (The Brave‘s Anne Heche) asks the officer to take a girl on a ride-along as a favor. After Burgess agrees to the request, “everything goes downhill from there,” Squerciati says. 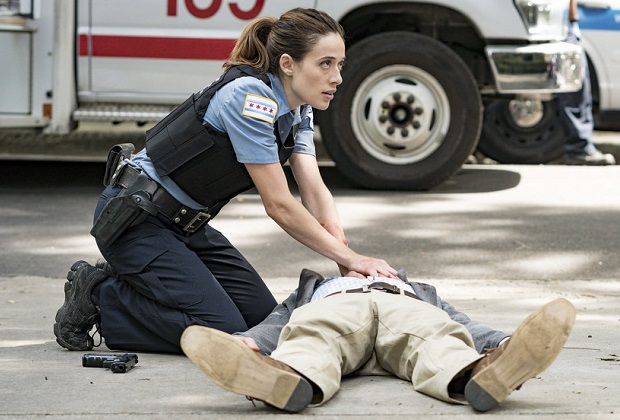 “I’m serving two masters in this episode,” the actress explains. “I’m trying to serve Voight, and I’m trying to serve his boss [Brennan].” Given that both are powerful figures, “you don’t want to piss either off, and I manage to piss them both off!”

Below, Squerciati previews Burgess’ dynamic with Brennan and how Platt comes to her rescue.

TVLINE | Is there a reason why Brennan asks Burgess, specifically, to do this favor for her?
I think it’s a vibe. She sees maybe a little bit of herself in Burgess. She sees that Burgess is pretty ambitious. I think that you can tell from someone if they have hustled or not. And also, maybe… she feels like she can work Burgess, which is something that I want to work on for Burgess. I don’t want her to be taken advantage of. 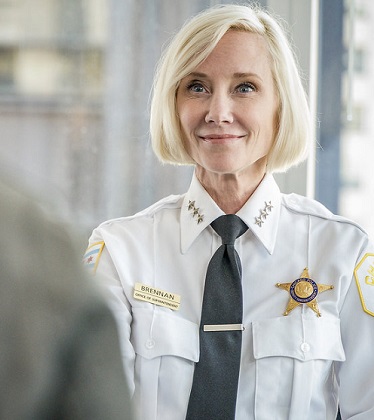 TVLINE | What are Burgess’ first impressions of Brennan?
Girl crush in the beginning. She’s kind of seduced by this powerful woman, who’s like, “I see you. I know you want to be me. This is how we start.” So definitely girl crush. Also, Marina has a girl crush on Anne Heche, so it really worked. I didn’t have to act at all.

TVLINE | What does Burgess learn from this experience in terms of being a woman in the CPD?
I read once that girls are often bullied more because they’re not allowed to be aggressive and hit. We teach boys that they’re allowed to hit and fight, like Antonio and Ruzek are fighting it out. But girls have to be more insidious to get out their aggressions. I feel like Burgess is understanding the insidious underworld of politics, which she doesn’t really totally understand yet. She feels like if you do a good job, you climb the ladder. But there’s just so much more nuance to it.

TVLINE | Is Burgess’ soul kind of up for the taking here, so to speak?
The whole point of it is: Burgess wants to get ahead, and is blinded by that, and she doesn’t take the proper precautions for herself. But she’s also between a rock and a hard place. I don’t totally blame her, but next time around, she’s got to be smarter. That’s what’s so great about the show right now: The characters are learning, and each time, they get a little bit smarter. I feel like Voight is the goalpost, and they’re all trying to be as wise as their master. 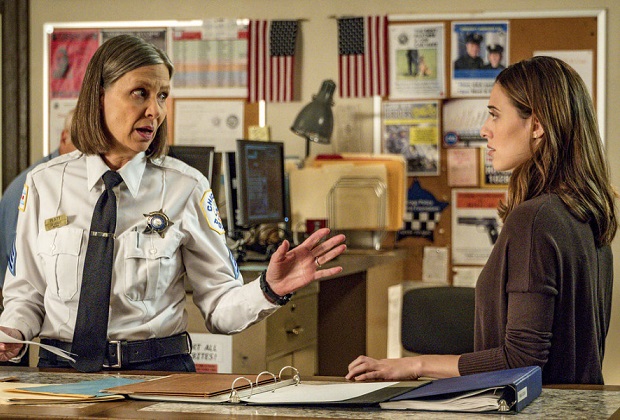 TVLINE | Burgess also has another powerful, female mentor-type figure in Platt. How might Platt steer Burgess as a future detective?
Burgess learns so much from Platt, from tough love. It’s so nice how Platt comes to Burgess’ rescue in this episode. She’s hard on her for a reason, but when push comes to shove, she really loves Burgess.

TVLINE | One of the things I miss most with Burgess being up in Intelligence is those scenes of her and Platt downstairs together.
I know, me too! There’s a nice scene where we all take Trudy out for her 25th-anniversary dinner, and Jon [Seda] improv-ed a really hilarious joke, and it made it in the episode, so I’m really excited for people to see it. It’s a nice touch to see everyone together, teasing Platt.