Warning: The following post contains spoilers for Tuesday’s This Is Us.

This Is Us has jumped around in time a lot over the past two-plus seasons, but Tuesday’s episode gave us the NBC drama’s most ambitious flashback yet: an immersive trip back to the 1970s for Jack’s tour of duty in the Vietnam War. And, as creator Dan Fogelman reveals, the producers flew all the way across the world to make it feel real.

“We’re shooting a big part of our Vietnam story in Vietnam,” Fogelman told reporters after an advance screening. This week’s episode was mostly shot near a lake two hours north of Los Angeles, but for this storyline, “most of the rest of the season” is actually shot in Vietnam, including Kevin’s modern-day trip there to learn more about his father. Shooting action-packed battle scenes is definitely a change of pace for the show, Fogelman admits: “We’re a bunch of writers and producers who have gotten used to making two-people-talking-in-rooms dramedy… so this has all become a challenge.” But “we’re going to keep trying to push ourselves, and tell the full story of all of these characters.” 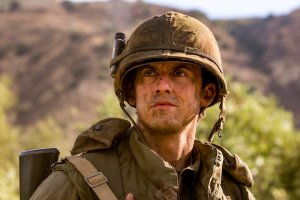 To tell that story accurately, all of the actors playing soldiers — including star Milo Ventimiglia (Jack) and new cast addition Michael Angarano (Nicky) — had to go through a rigorous boot camp to prepare for the shoot. Ventimiglia remembers talking with director Ken Olin during one particularly grueling day of shooting, “after hours and hours and hours of running from foxhole to foxhole, [with] real flak jackets and real weapons… it’s the first time he said he ever heard me say, ‘I’m tired.'” But as exhausting as it might have been, the actor emphasized how “rewarding” it felt to bring Jack’s war story to life, “to hopefully shine a light on an experience that someone might’ve had, to help them come through the other end of that.”

Fogelman had help in getting the details right, calling on one of his “writing heroes” to co-write Tuesday’s episode with him: award-winning author Tim O’Brien, whose short-story collection “The Things They Carried” is considered a seminal account of the Vietnam War experience. Fogelman acknowledges that “our average writer is a 30-year-old playwright who certainly was not alive during Vietnam,” and knew they needed a consultant, but didn’t think an esteemed writer like O’Brien would accept. But O’Brien did, and a week of consulting turned into a full-fledged writing gig, with Fogelman noting, “We’ve sucked him in. He’s reading scripts that have nothing to do with this. He’s giving notes on Kate’s storyline!” 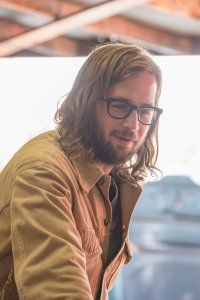 O’Brien’s experience in Vietnam mirrors that of Jack’s little brother Nicky, whose worst fears are realized when he gets drafted to serve in the war. Angarano calls this week’s episode “one of the most authentic and moving and rich scripts that I’ve read on TV or in features,” citing the scene where Jack and Nicky watch the draft lottery together as a personal favorite. It vividly recreated “a traumatic moment in so many young men’s lives,” he says. “We don’t have something similar to that, emotionally or intellectually… that you get chosen to go to fight a war that you don’t understand.”

“There is a lot of Jack in” Nicky, Fogelman says, “but he’s also very different. We either become our fathers and mothers, or we go the complete opposite direction… Jack has obviously gone a different way, and Nicky may be more apt to fall prey to” the same pitfalls their father fell prey to. (We see Nicky drinking and taking pills in Vietnam.) But there’s also “a vulnerability there which Jack very rarely lets crack through,” Fogelman notes, “and Michael lets it so clearly crack through in his eyes.”

Jack actually volunteered for the war to protect his brother, we learned this week, and the “how, and why, and when” of Nicky’s death will eventually be revealed, Ventimiglia hints. Finding out who Jack was before he met Rebecca presented the actor with a whole new set of challenges, he says: “I know very much who Jack is as a father. I know who he is as a husband. But getting into him as a young man… that was challenging for me, because we haven’t gone too deep into that part of Jack.” But Tuesday’s episode is “just the beginning,” he promises, with the Jack/Nicky storyline in Vietnam serving as the primary flashback storyline for much of the rest of Season 3. “I look at this as like, it’s just barely brushing the dust off the surface.”