“What do you want?” That was the question of the hour during Supernatural‘s Season 14 premiere as Michael took his Dean-shaped vessel on a quest for an army.

The archangel first poses the above query to a Muslim worshipper, who claims he wants peace and love, but Michael doesn’t believe him. “That’s the problem with you: You’re lost, and not worth saving,” Michael declares. When asked the same question by the man, Michael replies, “What I’ve always wanted: a better world.”

Michael then approaches Jo, who says she wants superficial things like Chanel, Dior and Louis Vuitton. Michael sees through the act, telling her that what she really desires is “love, to belong, to have a place, a home, a family. It’s very, very human of you. And so, so disappointing.” Michael reveals that he could help with the diminishing angel problem, “but if they’re all these sad, lost, fallen things, things like you, maybe they’re not worth saving either,” he adds.

Meanwhile, a sleepless but nicely scruffy Sam — his misery is apparently our gain — returns to the now-crowded Men of Letters bunker after following a bad lead. Mary tries to keep his spirits up, insisting that they will find Dean, but her optimism starts to wear thin on Sam. Mary explains that she has to think about the good, because if she doesn’t, she will drown in the bad, and for Dean’s sake, they can’t do that. 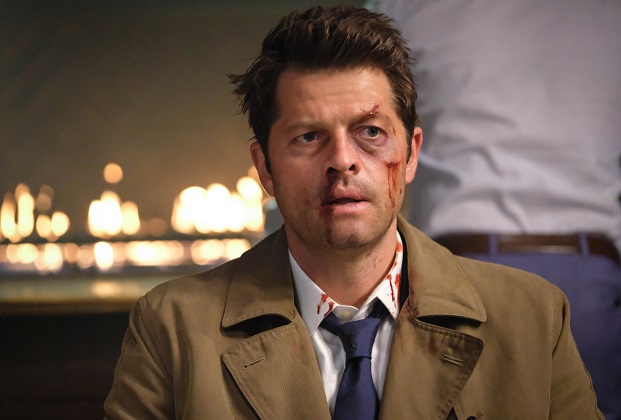 Cas, too, is on a desperate mission, even setting up a meeting with the demon Kip to find out if any of his kind know Dean’s whereabouts. He demands intel and then threatens Kip’s life, which doesn’t go over too well. It turns out the whole bar is full of his black-eyed cohorts, who pummel Cas into a bloody heap. Back at the bunker, Sam gathers Mary, Jack — who’s struggling with feelings of uselessness now that he doesn’t have his powers — and the Apocalypse World’s Bobby and Maggie to rescue Cas.

Kip, too, was visited by Michael, and after 600 years, he’s finally realized exactly what he wants: everything. He wants to be the King of Hell and get the same deal that Crowley had with the Winchesters, where they turn a blind eye in exchange for the occasional assist. Sam notes that they never gave Crowley that deal and then rejects the offer, after which a fight breaks out that looks pretty bad for our guys until Sam kills Kip with the demon blade. “There will be no new King of Hell! Not today, not ever. And if anybody wants the job, you can come through me,” Sam declares to Kip’s goonies, who quickly vacate their vessels.

So that’s a win for Sam, but it doesn’t last long. Jo calls to inform him that they’ve got a problem. Cut to Michael, who has found someone with a want that is “pure and simple and clean” after being repeatedly disappointed by humans, angels and demons. “That’s why you are worth saving. That’s why we are going to work so well together. Because you just want to eat,” Michael tells the vamp.

* Lucifer’s vessel Nick somehow survived the big battle between Michael and Lucifer, and is now chilling in the bunker. Sam’s theory on the miraculous turn of events: The archangel blade is meant to kill the archangel inside and not the person possessed. “It must be weird, you looking at me, and seeing him,” Nick says to Sam in the understatement of the century.

* Sam reveals that Ketch is in London, looking for the device that expelled Lucifer from the president.

* Mary and Bobby share a quiet moment over a celebratory beer. Let the ‘ship naming commence! 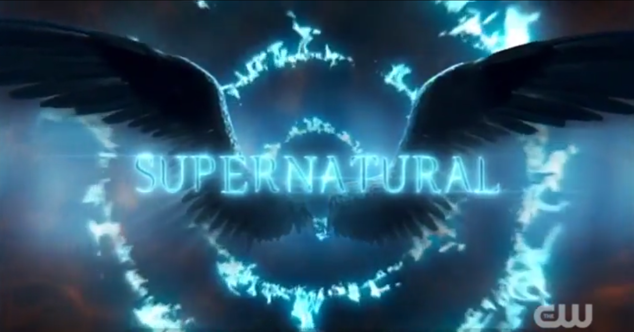 * Sam has embraced his new leader role, complete with pep talks for Jack and instructions for the other hunters, and it really suits him.

Supernatural fans, what did you think of the season opener? Grade it via the poll below, then hit the comments!