We’ve heard plenty of aspiring singers on reality TV — now it’s time to meet the people responsible for writing all those lyrics. 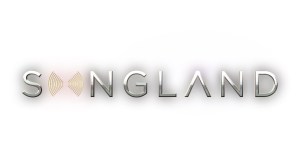 NBC has ordered a new reality competition series, Songland, that aims to “find the next generation of hit songwriters,” with The Voice coach Adam Levine on board as an executive producer, TVLine has learned. Each episode will see five up-and-coming songwriters being mentored by a trio of established music producers and competing against each other, with the winner getting to hear their song recorded by a famous musician. (Chart-topping singer Charlie Puth will be the star featured in Songland‘s first episode.)

Songland — which landed an 11-episode order from the Peacock network — is executive-produced by Levine, The Voice producer Audrey Morrissey and Eurythmics co-founder Dave Stewart, with OneRepublic’s Ryan Tedder also serving as a producer. No air date has been set, but the show is currently looking for contestant submissions; check the official site for details.

“As a songwriter, I am all too familiar with the challenges that face the music community today,” Levine said in a statement. “With this new series, we are excited to provide opportunities that will not only impact these songwriters’ careers, but also give them a platform to truly showcase their talent to a global audience.”