Now that’s how you pay tribute to a music legend. Some of the biggest names in gospel assembled Tuesday to honor the late Aretha Franklin during the 2018 American Music Awards — an unforgettable performance befitting the Queen of Soul. Under the direction of Ricky Minor, Gladys Knight, Ledisi, Mary Mary, Donnie McClurkin and CeCe Winans came together for a powerful medley. From the moment Knight uttered those first stirring notes of “Amazing Grace,” it was clear we were in for something special.

Of course, this wasn’t the first televised tribute to Franklin since the singer’s death in August. In addition to Franklin’s star-studded memorial service — which itself became an all-day television event — Ariana Grande also performed “(You Make Me Feel Like) A Natural Woman” on The Tonight Show Starring Jimmy Fallon. 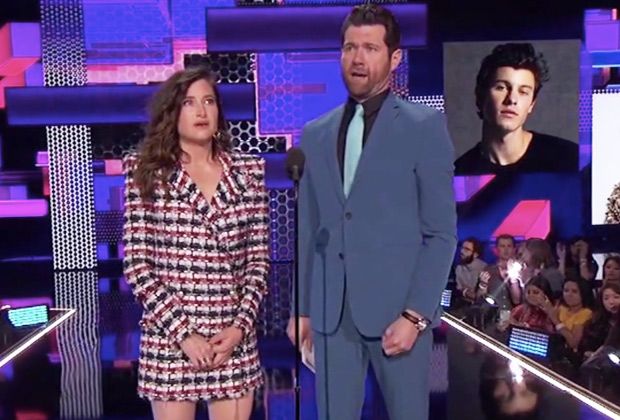 This was followed by a less-endearing tribute from Madonna at the 2018 MTV Video Music Awards, during which she told a long personal story that barely had anything to do with Franklin. (Madonna later explained, “I was asked to present video of the year by MTV! And then they asked me to share any anecdotes I had in my career connected to Aretha Franklin! … I did not intend to do a tribute to her! That would be impossible in 2 minutes with all the noise and tinsel of an award show.”

Hit PLAY on the video below to watch a portion of the AMAs’ Franklin tribute, then drop a comment with your full review below. (And grade it!)