Night 5 of The Voice’s Season 15 Blind Auditions added to the roster of competitors something that the singing competition hasn’t had since, I believe, Season 6: a duo. But were they as good as they were rare? And were the coaches really as enamored of their vocals as they were of their sweet love story? Read on, and we’ll discuss not only these things but the performances by all of the advancing contestants. 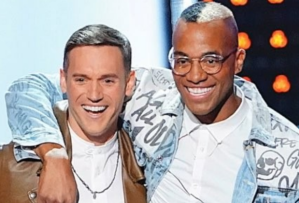 OneUp (Team Kelly), “Could It Be I’m Falling in Love” — Grade: C | After hearing how Adam and Jerome fell for one another while shooting a music video, I wanted to love their performance. But I’ve had fondue that was less cheesy. And I didn’t think their vocals worked so amazingly well together that they wouldn’t have been better off just sending in to audition Jerome, who has the richer voice and bigger range (moving confidently from baritone to falsetto). They’d make a great wedding band, but a winning Voice act? I don’t think so. 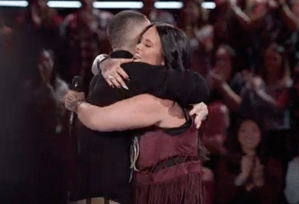 Natalie Brady (Team Adam), “Barracuda” — Grade: B | Eager to leave a legacy for her two kids, this 33-year-old Nashville rocker hit the stage like her life depended on it. And, though her rendition of Heart’s hit was perfectly competent, I couldn’t shake the feeling that she was only as good as a really good cover band. (Maybe I was just missing Moriah Formica.) Adam Levine even went so far as to call her a four-chair turn… that just didn’t happen to get four chairs turning. (She only got two.) My guess: Being acceptable, not exceptional, she won’t make it past the Battles. 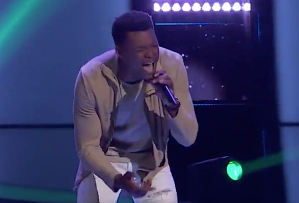 Mike Parker (Team Jennifer), “So Sick” — Grade: B- | A high-school football star who lost every scholarship due to his lousy grades, Mike went into the construction biz with his dad. However, his audition suggested that he could end up building a career in music. His presence was chill; his vocals, solid. In fact, his performance came off so effortless that I was surprised he only got a single chair turn. Not sure if he’s exciting enough to make it past the Battles — not a great omen when your most noteworthy quality is a speaking voice that’s much lower than your singing voice — but a fine Blind nonetheless. 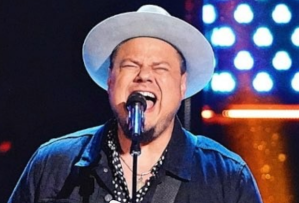 Joey Green (Team Blake), “Baba O’Riley” — Grade: B+ | This Texas T-shirt maker dedicated his performance to his late sister, who’d always been a big supporter of his musical aspirations. And, as far as I could hear, he did her proud. His vocal was energetic and strong, and, perhaps best of all, memorable. He didn’t sound like like a dozen other singers in Season 15. Adam suggested that there was a “fearlessness” in Joey’s voice. Whatever it was, it got my attention — and, though his lane wasn’t Jennifer’s, hers as well. (He might’ve been smart to join her team, too; I fear he’ll get lost on Blake’s.) 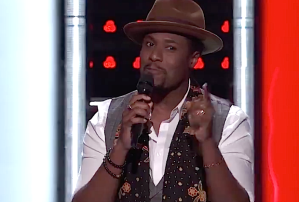 Zaxai (Team Jennifer), “Come and Get Your Love” — Grade: B | A wedding singer who also sings in multiple languages in a Russian club, this handsome fella had JHud’s chair turning from his first note. As a matter of fact, she liked him so much that she used her Block on Kelly (who apparently once accidentally kicked him while he was working as an usher). But honestly, I’m not sure why. His voice wasn’t anything that we hadn’t already heard a dozen times, and often better. Was he good? Yes. Block-worthy? Yeah, no. 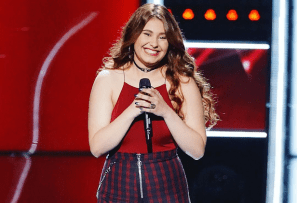 Erika Zade (Team Kelly), “New Rules” — Grade: C | The daughter of a classical guitarist, this 20-year-old from Miami, who prides herself on her Shakira impersonation, tackled Dua Lipa with great bravado but maybe not the most unforgettable voice ever. Jennifer thought her vocal was unique but wanted to hear something else; as in, she thought it was so perfect, it could have been pre-mixed on the radio. Mm, perhaps. But I’d have changed the channel if it was on the radio. It was just kinda boring. 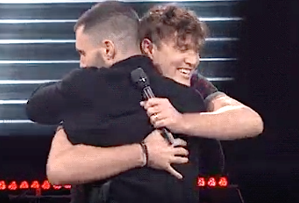 Jarred Matthew (Team Adam), “Tired of Being Alone” — Grade: B+ | This astrophysicist, adorkably excited about… stuff that I’m not smart enough to write about, sang Al Green with a swagger that was so believable, it could have earned him an extra PhD in cool. “Calm down, buddy,” he told his cardiovascular muscle after getting a coupla chair turns. He shouldn’t have been so shocked, though. The oddity of his dorky charm and notice-me voice was pretty winning, in spite of the falsetto issues he hoped to fix with his coach. 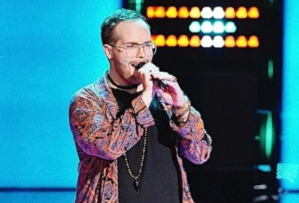 Colton Smith (Team Jennifer), “Alive” — Grade: C | After telling us that music and banana pudding make him happy, Colton — in what had to be the shortest-cut audition of Season 15 so far — turned out a performance that wasn’t nearly as over the top as his outfit. Which was kind of a shame — he could have used a little more outré in his performance. (If you’re not flat-out amazing, at least be memorable.) Don’t see him going far past the wardrobe department during the Battle rounds.

Kayley Hill (Team Blake), “Gold Dust Woman” — Grade: A- | This Nashville knockout sang Fleetwood Mac with a presence and power that I’d been hoping to hear all night — and would have liked to have heard more of. What’s with cutting the auditions so damn short? It’s hard enough to assign a grade on a first impression, never mind when you don’t get to hear even a minute of that audition. On the other hand, I guess it’s better than the dreaded montages! 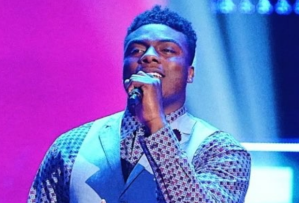 Kirk Jay (Team Blake), “God Bless the Broken Road” — Grade: A- | A 22-year-old who sings country music full-time, Kirk delivered a moving rendition of Rascal Flatts that I was stunned didn’t get Blake’s chair turning faster (especially considering his determination in recent seasons to break a country-soul act). In the end, Kirk got four chair turns and had his voice likened to that of the love child of Blake and Cee-Lo Green. Along with Kayley, the best of the night.

So, which Night 5 singer (or singers) made it onto your list of favorites? Vote in the poll below, then hit the comments.