Per the official character description, Gershon’s Gladys Jones is a shady businesswoman who “runs the salvage yard that doubles as a Serpent compound, and the Serpents all snap to attention when she gives them an order. A Serpent with a GED, she acts as Fagin to a crew of teenaged car parts thieves.” 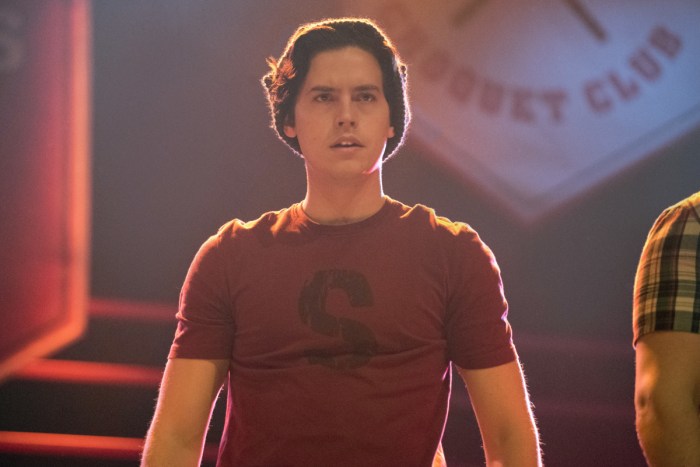 Likins’ Jellybean “JB” Jones, meanwhile, “is wise beyond her years, and her favorite bands are Pink Floyd and Black Sabbath. Jellybean lives with her biker mom in Toledo where they run scams to make ends meet. And like mother like daughter: Jellybean — who goes by JB now — is quite the little con artist herself.”

Season 3 of Riverdale kicks off Wednesday, October 10 at 8/7c on The CW. Gershon and Likins will make their debut in the Dec. 12 episode.