Dancing With the Stars‘ 27th season is only in its second week — but for my money, Monday’s episode could very well have been a semifinals broadcast.

Though certain couples got off to a shaky start in last week’s season premiere, just about every pair drastically improved in Week 2, and some amateurs that may have previously been written off proved they aren’t messing around when it comes to the Mirrorball.

No one was eliminated on Monday’s broadcast, but one couple will go home at the end of Tuesday’s show, which will pay homage to Las Vegas. In the meantime, before you tell us which dancers could (or should) be eliminated in 24 hours, let’s recap the highlights and lowlights of Monday’s New York City-themed show:

BEST OF THE NIGHT
Milo Manheim and pro Witney Carson (Charleston) — Milo was impressive during last week’s season premiere, but his performance got lost in the shuffle of other, buzzier numbers. This week, though, he stepped into the spotlight and owned every second of it, delivering a ridiculously energetic and entertaining Charleston. That sequence at the turnstiles? The wind-in-the-hair moment? That performance-ending lift with Witney on Milo’s shoulders? Milo nailed all of those moves, and Witney gets major kudos for conceiving such a fun piece. Judges’ Score: 26/30

BEST OF THE NIGHT: RUNNER-UP (aka CRAZIEST LIFTS)
Tinashe and pro Brandon Armstrong (Argentine Tango) — Tinashe got so much air on that first lift. So. Much. Air! From a technical perspective, the R&B singer is likely the one to beat in Season 27, though I do wish she had more of a connection with her partner and with the routines. Both last week and this week, Tinashe has crushed the choreography… without any real emotion behind either dance. If she and Brandon can find the same chemistry that, say, Alexis and Alan have, they’re almost certainly looking at a spot in the finale. Judges’ Score: 26/30 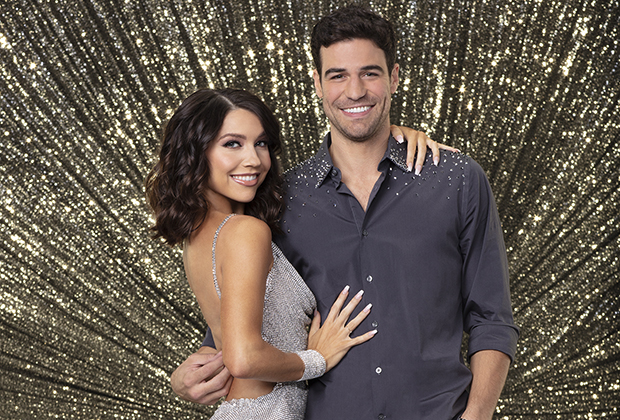 MOST PLEASANT SURPRISE
John Schneider and pro Emma Slater (Charleston) — I think I owe John an apology. When I made my Season 27 predictions, I assumed the onetime Dukes of Hazzard star would be the first one eliminated, given how men and women of a certain age tend to fare in this competition. (I don’t like saying it! But it’s true!) Instead, the actor has been a joy to watch, and not in that “Aw, he’s trying his best!” sort of way. This Charleston was nostalgia-drenched fun from the first step, and I was blown away by the height on John’s kicks. Bo Duke can dance, y’all! (Also, John’s genuine look of enthusiasm when he realized Tinashe and Brandon had earned a great score? It got me a little choked up.) Judges’ Score: 23/30

MOST IMPROVED
Joe “Grocery Store Joe” Amabile and pro Jenna Johnson (Foxtrot) — If Bachelor Nation’s votes could save Joe last week, after a truly dismal quickstep, I have no doubt he’ll be staying in the competition for at least one more week following this significantly more graceful foxtrot. No, this wasn’t the most demanding routine for Joe, content-wise. But he brought a surprising tenderness to the number, particularly when he walked up behind Jenna, caressed her shoulder and held her in a brief slow-dance sequence. I’ll admit it: I swooned. Judges’ Score: 17/30

WORST OF THE NIGHT
Bobby Bones and pro Sharna Burgess (Foxtrot) — I feel like a jerk for coming down on Bobby two weeks in a row; after all, he’s just excited to be in the ballroom, and no one can fault him for having a genuinely good time. If we’re solely judging the dancing, though, Bobby’s foxtrot was the weakest of the night. Where it should have been elegant and smooth, it was over-the-top and choppy. If Bobby relaxed into his routines a bit more, he could potentially be a dark horse in Season 27. But as it stands now, I’m worried he won’t get enough time in the competition to really refine his movements. Judges’ Score: 20/30

OK, your turn. Which of Monday’s performances will earn your vote? And who do you think should go home on Tuesday’s broadcast? Drop a comment below with your thoughts!