CBS’ God Friended Me is the latest entry into the “mysterious higher power helps regular person do good” TV genre. (R.I.P., Kevin, Joan and Eli Stone.) Will you hit “accept” on this Almighty show?

The Mayor‘s Brandon Micheal Hall stars an atheist podcast host who lost his faith as a child when his mother went into remission only to then be killed in a car accident on the way home from the hospital. Naturally, his father (Scandal‘s Joe Morton) is a reverend, so the two don’t get along so well. 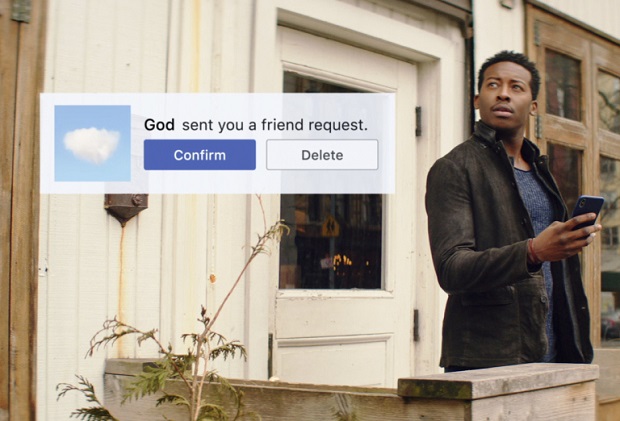 Miles’ life takes a turn when he receives a Facebook friend request from God, which is then followed by a friend suggestion: John Dove. And who just happens to walk by but the John Dove! Miles follows the upset man to the subway, where he stops John from jumping on the tracks and killing himself.

The next friend suggestion leads him to Cara Bloom (The Flash‘s Violett Beane), an online journalist with writers’ block who agrees to help him find out who’s behind the God account — if she gets the story. In the midst of their investigation, God hacks Miles’ computer, pulling up a photo of Miles’ mother during her last chemo session, which sends Cara abruptly fleeing the apartment. After a little digging, Miles discovers that the nurse in the image is Cara’s estranged mother. He convinces his new friend to talk to her mom, but the confrontation goes horribly wrong when Cara learns that her mother has a daughter and runs away… into the path of an oncoming car. Luckily, John Dove — who’s a doctor! — happens to be in a nearby taxi and saves Cara’s life. 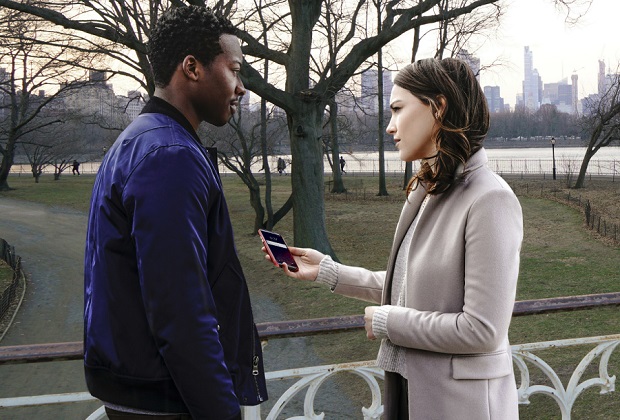 Cara accepts her mom’s apology in the hospital, while Miles — moved by the grand design of it all? — extends an olive branch to his father. As for the God account, Cara offers to keep helping Miles get down to the bottom of it, and in the process, do some actual good. She then leaves for her newly discovered half-sister’s soccer game just as Miles receives another friend suggestion.

What did you think of God Friended Me? Grade it via the polls below, then hit the comments!